A report from Zerodium found a flaw in the Tor browser that could allow government agencies to bypass security settings within the software. However, the latest version eliminates this security risk.

A vulnerability in Version 7 of the anonymous Tor Browser can allow third parties, including government agencies, to bypass some of the security protections built into the software, according to a company report.

This so-called "serious vuln/bugdoor" was discovered by Zerodium, a company that specializes in buying previously unknown flaws, usually from independent security researchers, and sharing them with its customers, including government agencies.

In a Tweet released earlier this week, Zerodium noted this particular flaw is only in 7.x versions of Tor and that version 8.0 fixes this issue. The Tor Project, which oversees the development of the browser, detailed the new version of the browser in a September 5 blog post. 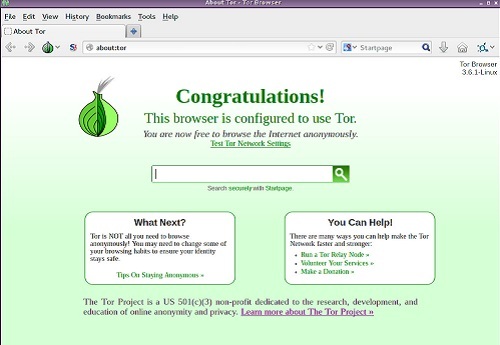 Specifically, Zerodium found that the vulnerability allows an attacker to bypass the "safest" security levels of the browser's NoScript extension. These browser extensions allow JavaScript, Java, Flash and other plugins to be executed only by trusted websites marked by users.

The report recommends setting the browser's content type of the HTML and JavaScript page to: "text/html;/json."

In an interview with ZDNet, Chaouki Bekrar, CEO of Zerodium, noted that the company acquired the vulnerability several months ago, and that it has been shared with government customers.

Bekrar noted that while the vulnerability is serious, it would need to be chained to another flaw to reveal user data. A Tor spokesperson later confirmed that to the publication as well.

However, the decision to release this information to government customers did not sit well with some members of the security community.

"The big question here is was this vulnerability used by government agencies to access systems they believed were being used by targeted individuals," Chris Morales, the head of security analytics at Vectra, which makes threat management tools, wrote in an email to Security Now.

"Tor does not serve a legitimate business function and is commonly blocked in major enterprises as a risk," Morales added. "We see tor used by attackers as a form of bypassing perimeter security controls to establish remote access and for command and control. Tor is also used to anonymize activity on the web that a person would not want to be monitored by an ISP or government entity. This vulnerability would have allowed for someone to do exactly that -- monitor someone who did not want to be seen."