In the legal battle between the Department of Justice and Dreamhost, a resolution and a victory.

In August, Security Now reported on the legal battle between hosting provider Dreamhost and the US Department of Justice. On October 10, the judge in the case made a final ruling -- and it looks as though Dreamhost got most of what it was fighting for.

Security Now covered the first salvoes in the battle and yesterday had a chance to correspond with DreamHost's general Counsel Christopher Ghazarian. Before our conversation, Dreamhost announced the judge's decision in a blog post titled, "The End of the Road." In the post, the company wrote, "Today Chief Judge Morin of the Washington D.C. Superior Court issued the court’s final order, and we’re elated to see significant changes that will protect the constitutional rights of innocent internet users worldwide." 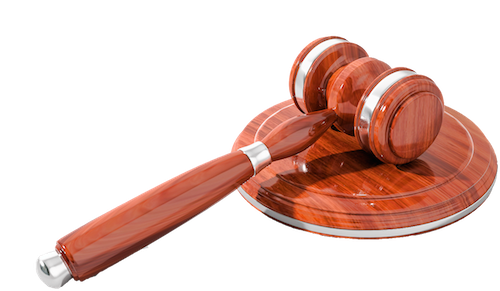 How will those rights be protected? According to Dreamhost, "Under this order, we now have the ability to redact all identifying information and protect the identities of users who interacted with disruptj20.org before handing over any data to the court."

Asked about the specific information that Dreamhost may now remove from the information provided to the government, Ghazarian said,

In addition, he said, Dreamhost will redact, "A ton of court-applied protections and procedures that were not part of the original warrant." And even some specific information that will be provided is subject to review. "#3 and #4 are subject to the Court's review, as we have to provide a log of these materials to explain why we’re not turning them over," Ghazarian said.

And that is an important point in all of this: There is material that Dreamhost will be turning over to the government under this ruling. Ghazarian said, "DreamHost will still provide some data, such as (1) data belonging to the account owner, (2) records and data that are outlined in the new Order (but with all identifying information redacted), (3) website database files, etc."

As Dreamhost wrote in the blog post announcing the ruling, "As it stands today, the sum total of requested data in this case very closely aligns with hundreds of other government requests that DreamHost has received, and complied with lawfully, in the past." The essential disagreement, according to Dreamhost, was not with the government's warrant but with the scope of the information the Department of Justice was requesting under that warrant.

Dreamhost wrote, "To be clear, DreamHost has been deputized to redact sensitive information. No government employee will see this data until we’ve personally gone over it with a fine-toothed comb." For companies that collect personally identifiable information, this ruling is important because it does confirm limits on the government's legitimate interest in data that can be requested under a warrant. As interest in that information increases, limits will be critical for customer confidence -- and could be an essential consideration in compliance with international regulations such as GDPR.