Zeus Panda can sneak in through a search engine and leave with all your credentials.

Carefully avoiding Trojans? You may just pick one up by accident through your search engine.

Next time you perform a search for a financial institution's details, you may be exposing yourself to a payload that extracts personal information, leaving accounts compromised and open to exploitation. In a year where both consumers and financial firms have been attacked, a novel Trojan distribution threat has been uncovered by Cisco's Talos team, letting a variant of the Zeus banking infection back on the loose. 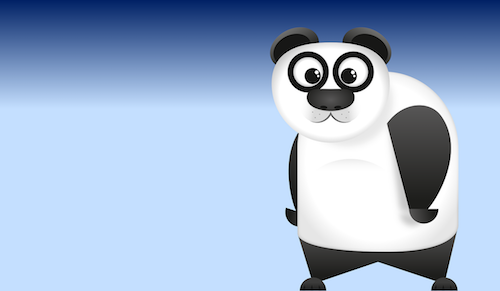 The modified Trojan, known as Zeus Panda, exfiltrates credentials, banking and credit card details as the end result of a several-stage payload dump from opening a Word document. Zeus Panda made headlines last year. What's new, according to Cisco, is the use of search-engine results pages as the attack vector.

In a process Talos calls Search Engine Results Page (SERP) poisoning, the attack uses SEO and artificial reviews and recommendations to boost compromised web pages in search results. This directs users' attention to bogus results that are more clickable and jacks up the Trojan conversion rate for the attacker.

From there, a click will redirect to an intermediary site that uses JavaScript to retrieve the Word document. The browser directs the user to either open or save the document -- a very common request from genuine sites -- and then the payload is delivered, facilitated by macros embedded in the document.

That's a different attack vector from the usual spam or phishing campaign. "When we see Word documents used in this way, the vast majority of the time it is via email campaigns," Edmund Brumaghin, Talos threat researcher, told Security Now. "Since the attacker is targeting searches, users are more likely to trust the results displayed on Page One of a Google Results page."

Cisco Talos has produced a blog report with the attack vector and infection specifics, urging users not to blindly trust search engine results. Brumaghin declined to comment on how the web servers were compromised or to discuss who the targets were.

Zeus Panda is based on a Trojan called Zeus, which had a prodigious career. It was first noticed in 2007 when it was used to steal information from the US Department of Transportation. Two years later, it was determined that it had spread and infected about 75,000 file transfer accounts at big brand companies such as Oracle, BusinessWeek, NASA and Bank of America, diversifying in the method of delivery as it went. This extended to keystroke logging and form grabbing, as well as the time-honored scam of pop-up messages encouraging users to clean their PCs, where doing so unleashed the Trojan download.

In 2010, Zeus was tracked by the FBI to hackers in eastern Europe, who were using it as part of a full-blown organized fraud scheme involving cross-border money laundering by human mules. By the time the crime ring was found and broken up, about $70 million had reportedly been stolen. The creator of Zeus allegedly gave away the source code in late 2010, and it may have been sold since then.