A new variant of the Rowhammer attack can work around every known defense. 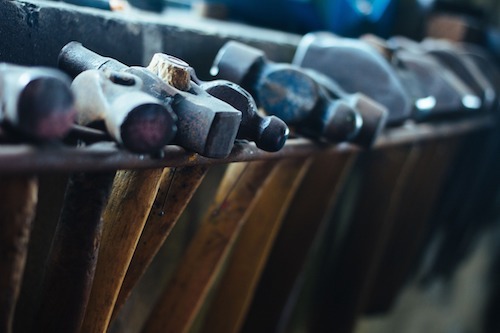 First discovered in 2014, there has been continued research into the attack over the ensuing years. It's known that DDR3 and DDR4 kinds of memory are vulnerable to it. It has also been shown that such attacks can be conducted with simple JavaScript, rather than complex malware code.

Not only that, this kind of exploit can escalate an attacker's privileges, root a device, or cause denial-of-service to services like security software. It can mess things up big time.

Memory manufacturers have tried to respond to this situation by instituting changes like looking at CPU performance counters for frequent accesses to DRAM cells and separating user and kernel memory cells by physical isolation. Intel even changed some of its CPU memory architecture to make Rowhammer attacks harder to implement.

But researchers Daniel Gruss, Moritz Lipp, Michael Schwarz, Daniel Genkin, Jonas Juffinger, Sioli O’Connell, Wolfgang Schoechl and Yuval Yarom have found a way to launch a new kind of Rowhammer attack that is able to ignore all of the defenses that have been done up to now. Instead of attacking multiple rows of cells, this new method only hammers one row of cells.

They also use a method called opcode flipping, which is a generic technique for exploiting bit flips in cached copies of binary files. In contrast to the previous Rowhammer attacks which are based on memory heap spraying (injecting data into specific parts of computer memory), the binary pages they attack cannot be sprayed and only exist for a single time in the entire memory.

This opcode flipping allows them avoid previous mitigation methods that were memory based by flipping bits in a predictable and targeted way inside the userspace Sudo binaries.

The attack is detailed in their paper "Another Flip in the Wall of Rowhammer Defenses" published this week.

The researchers say that the technique is still capable of carrying out denial-of-service attacks on cloud environments, as well as for privilege escalation on personal computers.

As an example, they were able to fool the Intel SGX (Software Guard Extensions) in order "...to hide the the full privilege-escalation attack entirely from the user and the operating system, making any inspection or detection of the attack infeasible," as they put it. The attacker in this case will run an unprivileged SGX enclave to evade defense classes.

The authors give no hints in their paper on how the attack might be mitigated, showing the depth and seriousness of the potential impact. There may be efforts currently underway to deal with it, but they have not reached the public as of now.