The newly discovered BackSwap baking Trojan is designed to avoid the security protections that vendors and businesses have created to stop these types of malware attacks.

While attention has increased on newer malware, such as cryptomining and ransomware, older types of malicious software and the attackers behind them have been quietly updating the different ways that they can evade detection.

A malware banker Trojan named BackSwap has been observed by Michal Poslusny of ESET that functions in a unique manner.

Most major banking trojans -- Dridex, Ursnif, Zbot, Trickbot, Qbot -- have used injection of malicious code inside the browser's processes to do their stealing.

This lead the antivirus product makers to scan for process injection attempts by malware, and they have become good at recognizing these types of attacks. 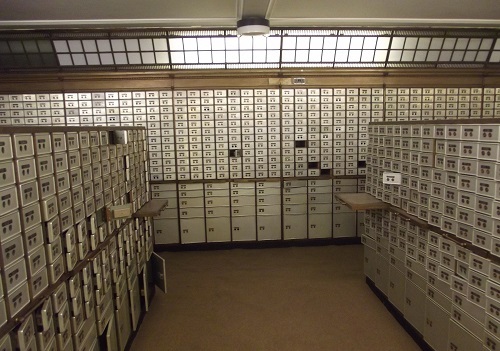 Browser makers also made it harder for malware to infect a page's content if such injections were successful.

These efforts made usual techniques less effective, and in need of tweaks in response to every browser update.

Now, BackSwap has come up with three different techniques to bypass all of this.

The first is that the malware hooks key window message loop events that exist inside of Microsoft Windows in order to inspect values of the window objects for banking activity. This is done by searching for URL-like patterns, such as "https" strings, as well as other terms that can be related to a bank's name.

The Trojan then springs into action when it finds the user loading bank sites. The action it takes is not code injection, rather it is a simulation of a key press.

One technique the Trojan uses will simulate the key presses necessary to open the browser’s developer console. Information is then "typed" into the console to give the attacker control of what the user sees. The browser window is also made invisible during this process and it might seem to a user that their browser simply froze for a moment. This keeps the user unaware that an attack is in progress.

There is another technique some malware variants use.

The malicious script is executed directly from the address bar, through JavaScript protocol URLs. The bar that is brought up -- "javascript" -- is first "typed" in, the malware script is then "pasted" in, and then is executed by "pressing" the return key. At the end of the process, the address bar is cleared removing any trace of the compromise.

ESET research finds that the attack works on Google Chrome, Mozilla Firefox and Internet Explorer, but that other browsers could be included with tweaks to the malware.

For right now, BackSwap has support for altering the web portals of only five Polish banks -- PKO Bank Polski, Bank Zachodni WBK S.A., mBank, ING and Pekao. It seems only a matter of time before this kind of malware spreads to other banks, since the technique is so stealthy and so effective.

ESET notes that: "We have notified the affected browser vendors about the innovative script injection technique." That' s good, because the malware takes specific steps to avoid the safeguards that security pros have already put in place to stop automated pasting into developer consoles and status bars.

Security is always a back and forth effort. The good guys try to mitigate, and the malwarers always come up with something new to get around them.