CAPTCHA is an image system that is used by many websites as a way to foil interactions with programs pretending to be humans. It consists of an image field with an object like letters or numbers segmented inside the image. Desegmentizing the characters requires a preexisting understanding of them, which messes up any automated classifiers. They have proven to be useful for years.

One problem, though. Twelve researchers got together and found a way to beat it. They were able to decipher about two thirds of the CAPTCHAs they were given, with a two orders of magnitude less training than was needed by any other previous method that had attempted this. 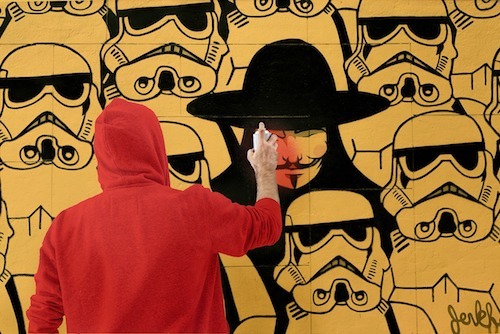 Their work was just published in Science and outlines how they reproduced the way that an eye functions and the computation that goes on behind the scenes with the information that it sees.

The AI algorithm has components which recognize the edges of viewed shapes, then will categorize the shape. Another part of the AI will take into account the angle at which the shape is being looked at. Only then will another component attempt to match the shape with a standard form of a letter or number (which was stored inside the AI as a Georgia font character).

The researchers call this kind of AI a Recursive Cortical Network (RCN). It is different from other AI CAPTCHA breakers which work on a Convolutional Neural Network (CNN) model. Whereas slight CAPTCHA segmentation changes would throw off a CNN-based decryption, that does not work for RCN.

In one of the scariest sentences in their write-up, the authors say, "RCN breaks the segmentation defense in a fundamental way and with very little training data, which suggests that websites should move to more robust mechanisms for blocking bots." That's academic-speak for: "You guys are hosed."

Websites will need to remind themselves specifically why they don't want automated processes to pass, and do it fairly fast. It may be they don't want a bot to automagically register for services, for example. Putting in a registration limit number for a time period would serve the same purpose, and not be CAPTCHA vulnerable.

Whatever the purpose, the CAPTCHA field is no longer a valid guardian. It can be defeated without signaling that it has been defeated. It is just a small matter of programming for threat actors to incorporate RCN attacks into their actions.

While the front door lock seems to have a new master key out there, security people have to consider the framework around that door and how it can be strengthened. Reviewing why a CAPTCHA field was used in the first place may help in figuring out what next to do.

Comment  |
Email This  |
Print  |
RSS
More Insights
Webcasts
From Reactive to Proactive, Changing the Culture on API Security
Facing the Tough Issues on Hybrid Work
More Webcasts
White Papers
ZTNA 1.0 Has an App Problem -- It Cant Secure Most of Them
Case Study: How to Continue Operations During a Lockdown
More White Papers
Reports
Why Security Inspection Should Be a ZTNA Requirement
2022 State of Network Management (a $499 Value FREE)
More Reports
Copyright © 2022 UBM Electronics, A UBM company, All rights reserved. Privacy Policy | Terms of Service