There are lots of lessons to learn from the Equifax breach. Just make sure you're learning the right ones.

Equifax, the gift that keeps on giving to hackers and journalists alike, continues to rain fallout over the security landscape. At the end of last week the fallout was the "retirement" of the CISO and CIO, and the subsequent learning of a great many lessons, most of them wrong. 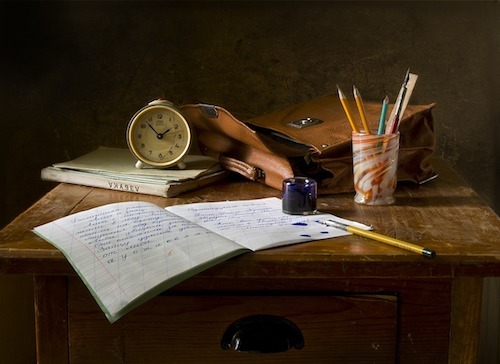 Wrong lesson: the degrees matter
Susan Mauldin, Equifax's CISO, was found to have a pair of academic degrees, both in music. Some people latched on to this information with a loud, self-satisfied "A-ha!!" having identified the root of all Equifax problems. The problem with this is that, of all the company's problems, Mauldin's degrees rank somewhere below the status of the TP supply in the men's room on floor six.

Here's the thing: With rare exceptions noted, the academic degree someone possesses matters when seeking a first job. After that, it's irrelevant. What matters in the second job, and all subsequent jobs, is what you did in the preceding job. The Equifax C-suite wasn't Mauldin's first job so it's safe to assume that the executives at Equifax saw performance that warranted putting her into the office. There are plenty of problems to go around but this wasn't one of them.

Right lesson: responsibility matters
Two c-level executives lost their jobs over the breach and it seems that more resumes could change. And that's a very good thing.

People focus on the provisions within regulations that could lead to huge fines and jail terms for executives. The thing is, these penalties will be very rarely enforced. Still, there should be consequences for failure and job loss is a good one. It's non-lethal and shows that organizations take security seriously. Given the scope of Equifax's breach, the argument could be made that a large portion of the C-suite should be looking for new work. We'll see how this particular lesson continues to be applied.

Wrong lesson: cautious disclosure is best
Equifax took their time letting the public know about the breach -- time that, in an odd coincidence, included time required for a few executives to sell stock. The real lesson is clear: If you're going to keep personally identifiable information (PII) on customers and others then you should have plans and procedures in place for quickly alerting the public in case of a breach.

Airlines have plans in place for how to deal with first responders, government agencies, and the public in the case of a plane going down. No one likes to think of the possibility, and it doesn't happen very often, but the plans are there, and they're practiced. Organizations with PII should learn their lesson from the airlines, not Equifax.

Wrong lesson: open source is evil
The basic vulnerability that allowed the Equifax breach has been traced to Apache strutsleading some people to decide that it was the open source nature of the software that's the problem. Not so much.

Open source software isn't inherently more vulnerable the commercial software. Neither is it inherently more secure. When it's part of your software infrastructure, you have to analyze and test it based on function, performance and security, just as you would any other software.

The lessons? Be careful. Use best software practices. And don't use the nature of software as an excuse.

There are many more lessons from the Equifax breach and the lessons will increase as our knowledge of the issues grows. It's good to learn lessons -- just be sure you're looking in the right directions and learning the proper lessons.