"FASTCash" is a cyber attack targeting ATMs around the world with backing from the North Korean government, and now Symantec has new details about how the scheme works.

In October, the US government issued a warning about a North Korean-backed cyber attack called "FASTCash," which targeted ATMs around the world. Now, Symantec has additional details about how the scheme worked and what tools the attackers used.

In a November 8 blog post, Symantec researchers offer a look at the malware used as part of the attack, which the company calls Trojan.Fastcash. This malicious software has not been seen previously.

The US Computer Emergency Readiness Team (US-CERT) first issued a warning about FASTCash in October, following attacks in Asia and Africa that drained ATMs of millions of dollars. The scheme is believed to be the work of the group Hidden Cobra, which also goes by the name Lazarus, and is suspected of having the backing of the North Korean government. (See US Warns About ATM Thefts Linked to North Korea's Hidden Cobra Group.) 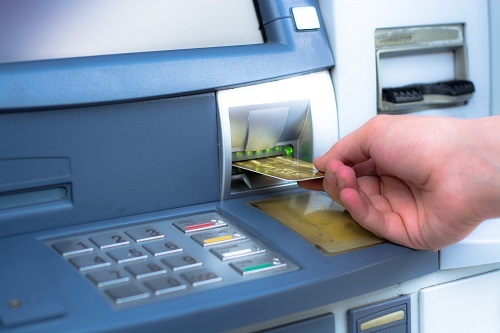 Hidden Cobra or Lazarus is an Advanced Persistent Threat (APT) group that is suspected of conducting the hack of Sony Pictures, a massive theft at the Bangladesh Central Back and releasing the WannaCry ransomware attack in 2017.

So far, FASTCash attacks have not been detected in the US. However, in 2017, the group targeted ATMs in 30 different countries as part of an attack, and this year another 23 countries were hit.

However, it's clear from some of the initial analysis of the attack that the group behind the scheme knows international banking standards and procedures to target ATMs and manipulate transactions within different countries.

Specifically, the attackers can inject a malicious Advanced Interactive eXecutive (AIX) executable into the switch application server of a bank's financial network. AIX is IBM's proprietary Unix operating system that many banks and financial intuitions run to support their back-end infrastructures.

The malicious executable can then create a fraudulent International Standards Organization (ISO) 8583 message, which is a major standard for financial transactions.

This executable is now believed to be the Trojan.Fastcash malware.

Once inside, the malware serves two functions. It can monitor incoming messages and intercept fraudulent transactions before they research the switch application. It also contains the logic that generates one of three responses to these fraudulent requests.

After infiltrating the network, the malware waits for a command from the attacks. As Symantec describes it:

Once installed on the server, Trojan.Fastcash will read all incoming network traffic, scanning for incoming ISO 8583 request messages. It will read the Primary Account Number (PAN) on all messages and, if it finds any containing a PAN number used by the attackers, the malware will attempt to modify these messages. How the messages are modified depends on each victim organization. It will then transmit a fake response message approving fraudulent withdrawal requests. The result is that attempts to withdraw money via an ATM by the Lazarus attackers will be approved.

During its investigation, Symantec found several different Trojan.Fastcash variants that use different logic to generate responses, which helps tailor responses to different transaction messages. The researchers also found that the PAN numbers used to initiate the transactions are attached to legitimate accounts that carry minimal or zero balances.

It's not clear if the attackers are opening the accounts and then making withdrawals or using stolen ATM cards. However, the previous CERT alert found that the group may use phishing techniques to gain access to a bank's network and back-end servers that support the ATMs.

In its blog post, Symantec recommends updating older software to patch any flaws. In many cases, older versions of AIX are no longer supported by IBM and could be vulnerable.