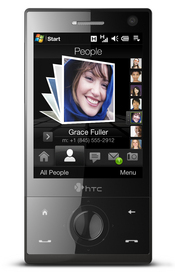 HTC has issued a security fix for a Bluetooth vulnerability that exposed to risk all the information on a user's handset.

The vulnerability was found in a Bluetooth driver, obexfile.dll, and if affects the company's smartphones running Windows Mobile 6.0 and 6.1 including the popular Touch Diamond, Touch Pro, and Touch HD. The exploit requires the phone's Bluetooth to be turned on and for the user to enable Bluetooth file sharing. A hacker could then move the shared folder into other folders. With this, an attacker could have access to phone numbers, photos, and other data, as well as upload malicious code to the handset.

Users of HTC devices can download the fix from HTC's Web site, and transfer it to their handsets via Microsoft ActiveSync or Windows Mobile Device Center. HTC users can alternatively limit their vulnerability by turning off Bluetooth entirely, or by disconnecting from any device that is not already paired with the handset.

The flaw was originally discovered by security researcher Alberto Moreno Tablado earlier this year, and he said he notified the company of it in February. He said there was no response, so he took the news public this week. The official fix came out shortly after the public disclosure.

As consumers increasingly carry large amounts of personal data on their handsets, security experts are growing concerned that hackers will target these devices. There has not been a massive attack yet like those targeting desktop PCs, and that's partly because there are so many different mobile phone operating systems.

But the leading smartphone OS, Symbian, has already seen a few small-scale attacks, and one of exploit enabled criminals to steal money from phone accounts.