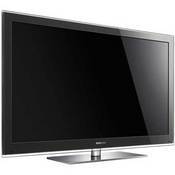 Could high-definition televisions (HDTVs) be the next hack-attack frontier?

Device security vendor Mocana recently tested several brand-name HDTVs that can connect to the Internet, and found that they could be remotely exploited by an attacker, using JavaScript. In particular, the devices failed to verify the integrity or safety of any JavaScript before executing it.

As a result, according to Mocana, "an attacker could intercept transmissions from the television to the network using common rogue DNS, rogue DHCP server, or TCP session hijacking techniques," and tweak them to include malicious JavaScript.

Market researcher DisplaySearch estimates that more than 40 million Internet-accessible TVs will be shipped worldwide in 2010, growing to 118 million by 2014.

Attacks against HDTVs are entirely hypothetical, and Mocana didn't disclose which particular makes or models of televisions it tested or found flaws in. But potential attacks would include phishing attacks or surreptitiously monitoring users' viewing and Internet habits.

According to Mocana's report, its researchers also recovered third-party keys present on the devices, which were easy to glean since they were transmitted as unencrypted, clear text. The keys are present for providing such services as search, music, photo, and video-related services.

"A big TV manufacturer often purchases high-volume 'special' access privileges to these service provider's networks," according to Mocana. As a result, people could potentially use the keys to access pay-per-view or subscription-based services for free.