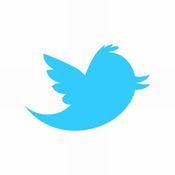 10 Smart Enterprise Uses For Twitter
(click image for larger view and for slideshow)
Here's what social networking looks like on the dark side: one in 100 tweets today are malicious, and one in 60 Facebook posts are as well.

Facebook users are the least confident in social network security, with 40% confessing they feel unsafe on Facebook, while 28% feel that way about Twitter, and 14% on LinkedIn. But that doesn't mean LinkedIn won't eventually become a big target for cybercrime: "When you look at the actual damage that could be done to a business" by hackers targeting LinkedIn accounts, it's high for business disruption and employee misinformation, for example, said Daniel Peck, senior research scientist with Barracuda Labs, who Thursday at HackerHalted in Miami shared Barracuda's latest data on malicious activity on Twitter, Facebook, and on search engines.

According to new Barracuda survey data of social media users, LinkedIn is the least-blocked social network by enterprises, with only 20% of organizations preventing their employees from using LinkedIn from work. That's in contrast to Twitter (25%); Google+ (24%); and Facebook (31%).

Peck predicts that LinkedIn definitely will be a target for badness. "I think there will be a lot of social attacks there," he said.

Interestingly, most users say the important factors to consider when joining a social network are security (92%), that their friends use it (91%), privacy (90%), and ease of use (87%). More than 90% have received spam over a social network, and more than half have experienced phishing attacks. More than 20% have received malware, 16.6% have had their account used for spamming, and about 13% have had their account hijacked or their password stolen. More than half are unhappy with Facebook's privacy controls.

Meanwhile, Barracuda counted 43% of Twitter accounts as "true users" with real followers and regular tweets, and 57% as "not true users"--either spam bots or inactive accounts.

Attackers abuse Twitter in much the same way that they engage in search-engine poisoning, according to Peck, casting a wide net and hoping to get more eyeballs. "Facebook manipulates trust more--your friends are people you make eye contact with," he said.