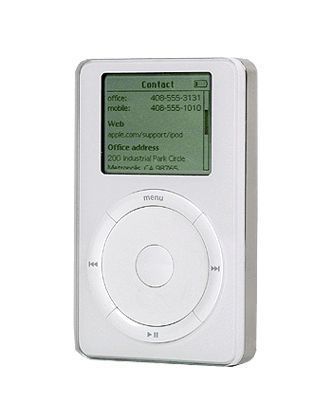 19 Gadgets That Changed The World
(click image for larger view and for full photo gallery)
Piracy proponents created distributed denial of service (DDoS) attacks against music and film websites in the United States over the weekend, and threatened to launch a similar attack in the United Kingdom Monday.

The Motion Picture Association of America (MPAA) -- the major lobbying arm of the film industry and one of the most vocal foes of illicit file sharing of entertainment materials -- was down for most of the day on Saturday, according to piracy blog Torrentfreak. In addition, the website operated by the Recording Industry Association of America (RIAA), which combats music piracy, was offline for much of Sunday. Hackers have threatened to target the website of the British Phonographic Industry (BPI) today, although the site was operating normally Monday morning.

"We brought them down the same way they brought down The Pirate Bay, with a distributed denial of service," the group said in message posted on the web. "They struck first, we struck harder."

"While it's claimed that Aiplex was taken down by a single attacker, the ongoing assault on the MPAA.org website is definitely a group effort. The site was attacked on schedule (9pm eastern time yesterday) and taken down in minutes," said enigmax on Torrentfreak.

The attacks were allegedly started as retaliation for comments made by Aiplex in an Australian newspaper. On Sept. 8, Girish Kumar, managing director of Aiplex, told the Sydney Morning Herald that the film industry hired his company to launch cyber hitmen on sites that host pirated movies but didn't respond to copyright infringement notices.

If sites do not respond to Aiplex's requests to remove links or copies of pirated movies, Aiplex launches a denial of service attacks, Kumar told the Herald. Movie companies that use Aiplex's services include about 30 Bollywood studios and Fox STAR Studios, a joint venture between India's Star TV and 20th Century Fox, he said.