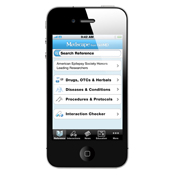 9 Mobile Health Apps Worth A Closer Look
(click image for larger view and for slideshow)
Eric McNeal, a 38-year-old information technology specialist from Atlanta, Ga., has been sentenced for hacking into the patient database of a former employer, stealing patient information, and then deleting the information from the system.

For his crime, McNeal was sentenced on Jan. 10 to serve 13 months in prison with three years of supervision after his release. McNeal also was ordered to perform 120 hours of community service.

"The circumstances of this case and resulting patient data breach is very common," and can happen in any size of practice, Rick Kam, president and co-founder of ID Experts told InformationWeek Healthcare. According to court documents, McNeal, who pleaded guilty to the charge on Sept. 28, worked as an information technology specialist for APA, a perinatal medical practice in Atlanta. He left APA in November 2009, and subsequently joined a competing perinatal medical practice, which was located in the same building as APA.

In April 2010, McNeal used his home computer to hack into APA's patient database; download the names, telephone numbers, and addresses of APA's patients; and then delete all the patient information from APA's system. McNeal used the patient names and contact information he stole to launch a direct-mail marketing campaign for his new employer. There is no evidence that McNeal downloaded or misused specific patient medical information.

Christine Marciano, president of Cyber Data Risk Managers, said medical facilities looking at this case should ask themselves how they can realistically protect against similar hacking attempts. "Having an exit strategy in place when an employee leaves or is terminated should be strictly enforced," Marciano told InformationWeek Healthcare. "The exit strategy needs to include cutting off the employee's access to all of the facility's databases in order to prevent unauthorized access."

Richard Santalesa, senior counsel at InfoLawGroup, said because McNeal pleaded guilty his sentence was reduced, and noted that McNeal could have received a five-year federal prison sentence for his crimes.

"Anyone who gives their personal information to a doctor or medical facility does not expect that their information will be hacked and used to make money," U.S. Attorney Sally Quillian Yates, said in a statement. "The cost of medical care is already high enough without patients having to pay a heavier cost with the loss of their privacy."

When are emerging technologies ready for clinical use? In the new issue of InformationWeek Healthcare, find out how three promising innovations--personalized medicine, clinical analytics, and natural language processing--show the trade-offs. Download the issue now. (Free registration required.)