SEARCH
A minimum of 3 characters are required to be typed in the search bar in order to perform a search.
Announcements
Event
Emerging Cybersecurity Technologies: What You Need to Know - A Dark Reading March 23 Virtual Event | <GET YOUR PASS>
Report
Black Hat USA 2022 Attendee Report | Supply Chain & Cloud Security Risks Are Top of Mind | <READ IT NOW>
PreviousNext
Risk
5 MIN READ
Commentary

Is Mobile Device Management The Answer?

MDM software is being considered by healthcare IT execs concerned about security.
Paul Cerrato
Contributor
January 23, 2013

Download the entire February 2013 issue of InformationWeek Healthcare, distributed in an all-digital format as part of our Green Initiative
(Registration required.)


Of all the issues that keep health IT managers awake at night, it's hard to find one more vexing than mobile device management. A recent survey of healthcare providers makes the angst obvious.

Security and management concerns are top of mind for many healthcare organizations, according to a recent KLAS report. In the study, "Mobile Healthcare Applications: Can Enterprise Vendors Keep Up?" 105 respondents, most of them C-level executives, said that securing personal devices via MDM software is one of their top concerns.

When the execs were asked what their organizations are looking to do to secure personal devices used at work, their No. 1 response was data encryption. MDM was No. 2, which is promising, says Eric Westerlind, the report's author.

"[Providers] are concerned with making sure tablets are secure, and it's difficult because it's a personal device," Westerlind says. "Whatever they install can't be too intrusive, and sometimes that can be an issue with MDM. But when you're dealing with patient information, anything that contains data covered by HIPAA needs to be secured, and those devices need to be able to be wiped clean."

Ken Kleinberg, a health IT consultant with the Advisory Board, points out that the operating systems of mobile devices have more robust security features than the legacy Windows systems found in hospitals. But he emphasizes that hospitals need to implement strong bring-your-own-device security policies, including mobile application management tools. "It's not just that you're going to control the configuration on the device. You're also going to control what application can be loaded on that device," Kleinberg says. 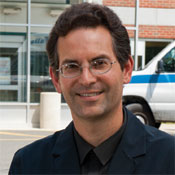 During interviews with several IT pros, it became obvious that when it comes to MDM, one size doesn't fit all. For instance, rather than choose an MDM product, Beth Israel Deaconess Medical Center has for now "settled on enforcing tight security policies through Exchange ActiveSync," says BIDMC's CIO, Dr. John Halamka.

"It is highly likely we are capturing most, if not all, BYODs that access BIDMC resources, as email is by far the most frequently used application," Halamka says. "We really don't have other applications that have been customized to run on smartphones and tablets. Our applications are native to the Web, so the ability to install and manage mobile applications is not something we've encountered as a problem yet."

For those healthcare providers that do require native mobile apps for their physicians, several vendors offer MDM platforms to address security threats.

Bob DeLisa, president of Cooperative Systems, a Connecticut-based IT support and consulting firm, offers some advice on choosing an MDM system. He tells clients to base their decision "on the age and scalability of your current infrastructure." Consider Meraki, for instance, when you're doing an infrastructure upgrade, DeLisa says, and consider server-based products such as those from Good Technology, MobileIron and BoxTone if you've recently upgraded.

He also sees promise in cloud-based MDM products, "mostly because the medical practice will be able to keep up with technology in a proactive manner. " DeLisa notes that the easiest system to administer is usually the most cost-effective. And with so many vendors, "the seesaw battle for features among the top players will be secondary to implementation, training and support," he says.

Some hospitals and practices prefer to custom build their BYOD system, but those that want to go with an MDM product must consider a long list of technical issues:

Strategy: How Mobility, Apps and BYOD Will Transform Healthcare

Our full report on how mobility and BYOD are changing healthcare is free with registration.
This report includes 14 pages of action-oriented analysis. What you'll find:
Get This And All Our Reports

>> Which mobile operating systems do we need to support?

>> Do we plan to host the MDM system on our network?

>> Which email system do our clinicians use, and will it be compatible with the MDM tool?

>> Will the MDM software enable us to remain HIPAA-compliant?

>> What are the software's lock and wipe capabilities?

>> Will we use the MDM tool to push out other applications that clinicians insist on using to manage patients?

Most of these questions are outlined in the Avema Critical Wireless Buyer's Guide, which Halamka mentioned in a recent email exchange.

George Brenckle, CIO at UMass Memorial Healthcare in Worchester, Mass., takes a different approach to BYOD. He prefers to focus on managing data rather than devices, one reason UMass has switched to a virtual desktop approach. With all of its sensitive patient data on hospital servers, there's no risk of breaches from stolen or lost iPads and laptops.

What about commercial MDM products? Brenckle says the challenge is keeping one step ahead of the rapidly changing mobile device ecosystem. "So you invest in one of these MDM tools and it's working well, and suddenly a new tablet or smartphone comes on the market that the tool isn't equipped to manage," he says.

BYOD isn't going away, because clinicians are in love with their devices. Those devices help them provide better patient care and may even have saved lives. Once you find the right management solution, it will save you some sleepless nights as well.