SEARCH
A minimum of 3 characters are required to be typed in the search bar in order to perform a search.
Announcements
Event
Emerging Cybersecurity Technologies: What You Need to Know - A Dark Reading March 23 Virtual Event | <GET YOUR PASS>
Report
Black Hat USA 2022 Attendee Report | Supply Chain & Cloud Security Risks Are Top of Mind | <READ IT NOW>
PreviousNext
Physical Security
5 MIN READ
Commentary

A Hiscox report has found that spending on cybersecurity from businesses has doubled since 2019. Tomáš Vystavěl, Chief Product Officer at 2N TELEKOMUNIKACE, investigates why access control has become such an important asset in the fight against cybercrime.
IFSEC Global
Staff
October 05, 2021

Earlier this year, Hiscox published its "Cyber Readiness Report 2021." It was based on a survey of more than 6,000 companies based in the US, the UK, Spain, the Netherlands, Germany, France, Belgium, and Ireland. One of the most eye-catching findings was that spending per business on cybersecurity has more than doubled in the last two years.

However, this increased spending has been a rational response to the growing threat level. Based on Hiscox's study, more firms were targeted by criminals in 2020 than in 2019, and 28% of businesses that suffered attacks were targeted on more than five occasions last year. Almost half of respondents said that they felt their organization had become more vulnerable to cyberattacks since the start of the pandemic, rising to 59% among businesses with more than 250 employees. Of those targeted, about one in six businesses said a cybersecurity event threatened the viability of their business. The survey also found that a payment had been demanded from around one in six of those hit by cyber criminals, with more than half paid.

Hiscox went on to assess firms’ maturity across six different areas of capability which comprise the elements required to install, run, manage, and govern an effective security system. One of those six areas was, "Identity and access management," and, across all the companies surveyed, it came second bottom of the list.

Why Is Access Control an Important Part of a Cybersecurity Program?
The truth is that access control has not always been front of mind when it comes to cybersecurity, and many companies are still playing "catch up" in this area, but this is changing fast. More and more companies now appreciate that if access control systems are compromised, the daily operations of the building – and, consequently, its residents – could be at risk.

These companies are prioritizing measures to address the most urgent threats – five in particular: 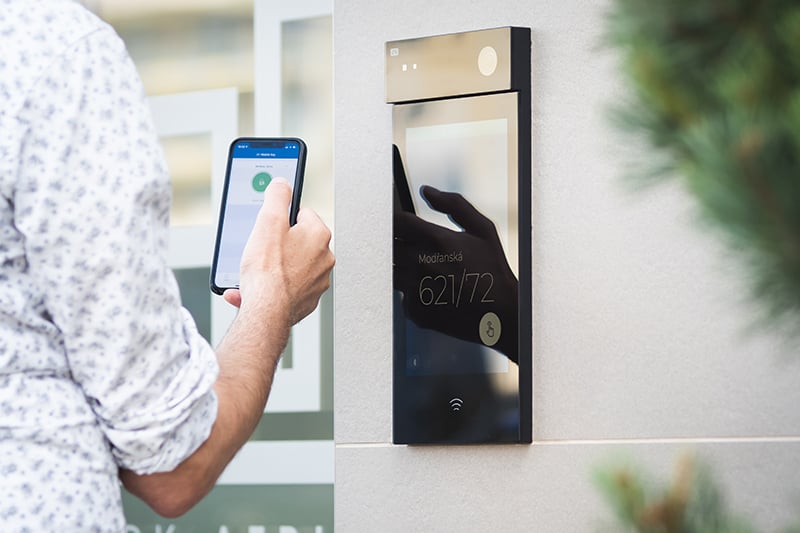 These threats are not restricted to the cyber sphere. Compromising access control can also pose a physical threat if criminals are able to sneak into a building. Even when physical security is not breached, cyberattacks can cost millions in regulatory penalties, disrupt core business functions, and threaten corporate reputations.

Defending Access Control Systems From Cyberattacks: What Are the Basic Rules of Engagement?
It is clear that threat levels are increasing, and there are some basic "good practice" measures that companies should take to protect every aspect of their IT systems. For example, using strong, complex passwords, conducting regular security audits of the IT infrastructure to identify and eliminate possible vulnerabilities, and training the security team responsible for protecting the building's IT infrastructure on the most common threats and how to address them.

On top of that, focusing on access control specifically, there are some additional rules that companies can follow which can make a huge difference:

These are not complicated rules, and they needn’t be expensive to follow either. Indeed, as the war against cyberattacks and data breaches intensifies, which company can afford to ignore them?

More information about intelligent access control and expanding cybersecurity needs can be found in 2N’s white paper, "The Evolution of Access Control."