Scammers are taking an aggressive approach to tax season this year, packing attachments and links with banking Trojans, and fairly new strains of ransomware. 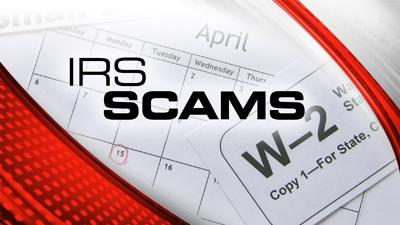 Tax season has arrived – and so have the scammers. Unfortunately, crooks either prey on people’s sense of fairness and willingness to comply with authority, or appeal to a taxpayer’s fear of paying late or not complying with the law.

Patrick Wheeler, director of threat intelligence, for Proofpoint, says social engineering is increasingly common and very effective, plus fraudsters are packing attachments and links with banking Trojans and fairly new strains of ransomware.

“In the past, the tax lures were laggards,” Wheeler says. “But not this year. They’ve been adopting more of the phishing trends and tactics that we see all year ‘round.”

“The scams range from a letter from the IRS promising a $7.5 million refund, to a promise from Her Majesty’s Revenue and Customs in the UK that says people can pay their taxes in the form of iTunes vouchers.”

While it can get silly, the results can be serious. Proofpoint’s Wheeler says most of these scams were discovered in February and will be active through the end of tax season.

For more information, check out the research reports from Proofpoint and Forcepoint. The nine slides are based on research from both reports.

Organizations that receive a phishing email scam involving the IRS or a W-2 form should forward it to [email protected] and place “W2 Scam” in the subject line. Organizations that fall victim to these scams should also file a complaint with the FBI’s Internet Crime Complaint Center (IC3).

Steve Zurier has more than 30 years of journalism and publishing experience, most of the last 24 of which were spent covering networking and security technology. Steve is based in Columbia, Md. View Full Bio
Comment  |
Email This  |
Print  |
RSS
More Insights
Webcasts
Linking, Orchestrating, and Managing Your Enterprise Security Systems
Getting the Most from Threat Intelligence
More Webcasts
White Papers
NetFlow vs Packet Data
[Exclusive InformationWeek IT Trend Report] The Cloud Gets Ready for the 20's
More White Papers
Reports
Can You Spare 10-12 Mins to Help Us Out with a Survey on Tech Trends?
Got 7 Minutes? Dark Reading Needs Your Help With Our Survey on Incident Response
More Reports
Copyright © 2020 UBM Electronics, A UBM company, All rights reserved. Privacy Policy | Terms of Service