Security awareness is high but it's hard to turn personal knowledge into effective practices. 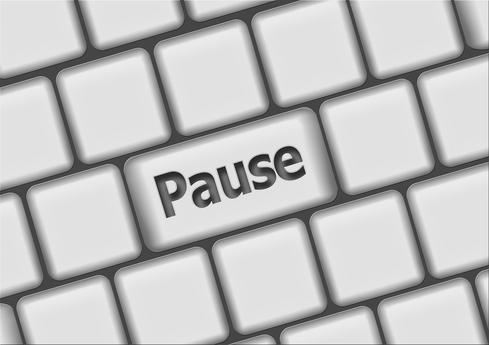 One of the more important lessons of this year’s National Cyber Security Awareness Month is that awareness of cyber issues among consumers is very high, but translating that knowledge into action continues to lag.

This trend was underscored once again by two new studies that were released last month.

One issued by Arbor Networks reported a broad anxiety among Americans about their personal online safety, with at least 75% of consumers concerned about their security, privacy, malware or websites tracking them.

“The big takeaway from this survey is that the relentless headlines about cyber attacks have led to anxiety among a vast majority of Americans,” said Christopher Gaebler, chief marketing officer at Arbor Networks in a press release, adding that this anxiety has not led Americans to protect themselves more.

In another survey by MarkMonitor, 71% of consumers agree that a breach compromises an organization’s reputation and another 65% said an incident decreased trust in the brand.

Thanks so much for your kind words. It means the world to us :)
Puzzle Games
Reply  |  Post Message  |  Messages List  |  Start a Board

Thanks for sharing this. Cybersecurity is something that needs to be taken seriously!
Reply  |  Post Message  |  Messages List  |  Start a Board

Reading reviews definitely help. I hope someone would give some reviews about patchvantage databases. Im eyeing on their units and is interested to buy one.
Reply  |  Post Message  |  Messages List  |  Start a Board

It's actually a cool and useful piece of information. I am glad that you shared this helpful information with us. Please keep us informed like this. Thank you for sharing.
Reply  |  Post Message  |  Messages List  |  Start a Board


It was a very good post indeed. I thoroughly enjoyed reading it in my lunch time. Will surely come and visit this blog more often. Thanks for sharing

Great and nice informative article on the importance of cyber security and how it can be maintained. However, one important thing is missing, and that is the deployment of vpn server to protect our IP. It is important to anonymize your IP with a genuine vpn server like PureVPN and that is reliable because it offers encrypted online connection so that's a big plus.
Reply  |  Post Message  |  Messages List  |  Start a Board

There are a few fundamental problems with expeting action from awareness.

Awareness is simply knowledge. I know that the moon has one sixth the gravity of the Earth, but I do not appreciate what that feels like because I have not experienced it.

Appeciation or understanding requires some experience.

Action can not occur until we have an aprpeciation or understanidng, but to make matters worse, a large percentage of the cybersecurity industry isn;t able to articulate what actiosn should be taken. They are great at talking about the problem - whining about it even, but ask for a solution and they bolt leavinga  cloud of dust.

The solution here is to make awareness interactive and engaging.Let people know exaclty what a breach looks like rather than just talk about it. Let them look at the problem through their own lens. All of us have either family or funds (or both) that we want to protect from the wrath of cybercrime; so start with engaging and interactive dialog aroudn these.

Once understanding ahs been achieved, then practical solutiosn are key around not just threat prevention but all aspects of the cybercrie lifecycle:

(2) vulnerbaility management: discovery and remediation of vulnerbailities in those assets

(3) threat mangement: prediction and preveniton of threats that those vulnerbailties are exposed to

(4) incident management: detectiona dn response to attacks that were not able to be predicted and prevented when threats

(5) continuity management: confirmation and recovery of breaches that were not able to be detected and responded to when attacks

(6) crisis management: acceptance, avoidance, transfer, or mitigiation of impacts that have manifested because breaches were not confirmed and recovered from quickly enough

Nice informatve article. The main reason why the generl everyday using public does not care much about their cyber security is because they do not think that they'd also can become the victim of online hacks. Privacy to everyone is very important and it is important also to take that freedom and privacy seriously. Therefore it is essential to secure our connections with vpn services. I use PureVPN US servers to mask my IP from snoopers and hackers.
Reply  |  Post Message  |  Messages List  |  Start a Board
Editors' Choice
1
A Startup With NSA Roots Wants Silently Disarming Cyberattacks on the Wire to Become the Norm Kelly Jackson Higgins, Executive Editor at Dark Reading,  5/11/2021