This site is operated by a business or businesses owned by Informa PLC and all copyright resides with them.Informa PLC's registered office is 5 Howick Place, London SW1P 1WG. Registered in England and Wales. Number 8860726.

Besides the current crop of jobs AI is stealing, other InfoSec roles are also potentially next unless professionals safeguard their careers by repositioning their skills, say IT security and careers experts.

Despite a crushing demand for IT security workers, not all InfoSec roles are safe from layoffs or redeployment as more companies turn to artificial intelligence and machine learning, according to IT security and careers experts.

IT security pros may assume their jobs are safe, especially when figures such as a 1.8 million IT security worker shortage is projected by 2022, according to ISC(2). But, like a sailor at sea, IT security professionals may find themselves lamenting a similar woe of "water, water everywhere, nor any drop to drink."

The global AI security market is projected to reach $34.8 billion by 2025 -- nearly a 31.4% jump from 2017, according to a MarketsandMarkets report, as companies seek to use the technology not only to address the IT security worker labor shortage but also deal with the mounting barrage of cybersecurity threats they face. 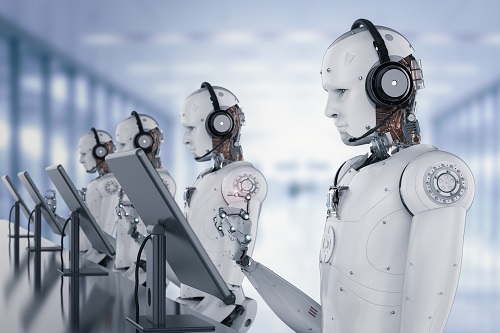 "Roles like Security Analysts, Intrusion Detection, Vulnerability Assessors are all competing with AI. I think in the next five to ten years a vast majority of these positions see AI replacing humans. There are massive investments in AI to solve cybersecurity issues, this will continue to attract more competition to the market and the rate of innovation will continue to accelerate," predicts Sam Bouso, founder of AI IT security company Precognitive, in an interview with Security Now.

IT security jobs now at risk of replacement
Tier 1 and Tier 2 security analysts and Security Operations Center (SOC) analysts who hold a similar ranking are currently the most at risk of having artificial intelligence technology replacing their position, Nitin Agale, senior vice president of products for AI company Securonix, told Security Now.

Kathleen Smith, chief marketing officer of IT security recruiting company ClearedJobs.Net/CyberSecJobs.com, weighed in on the AI and IT security jobs issue:

In cyber security, we are seeing the blue teams or defensive positions will be impacted by automated processes more so than red team or offensive positions or penetration testing. Defensive tasks such as making sure patches are implemented, identifying and dealing with simple intrusions, and the like. While you can argue that both red team and blue team positions are an art as much as a science, red team is more so.

"Machine learning and AI is focused on optimizing threat detection and response," Agale explains. "You still need strong architects to design your security framework, decide which tools to use, etc. Auditors and compliance teams serve a different purpose and hence won't be impacted. Same with management positions – you need decision makers."

"It often takes more than a year to 18 months to hire qualified cyber security talent, so smart companies are working to retrain internally and redeploy," Smith said. "This takes some rethinking on the part of companies to instill in their management to pick the best talent on their teams and work with them to enhance their skills to manage the machine learning and AI, or to move into risk management. "

Jeff Weber, executive director for Robert Half Technology, told Security Now that the ability to retrain and redeploy IT security professionals is a key talent goal for most IT organizations that are fighting for talent.

"If the process or activity impacted by AI and related topics is in the area of security and privacy, most organizations would strive to retain that critical skillset," Weber adds.

Certain IT security skills are likely to remain in demand for the near future, despite advancements in AI and machine learning, say careers and security experts.

Soft skills that include effectively working with others, communication skills, curiosity about learning new areas, and listening skills will remain in demand, Smith said.

However, Bouso, further notes: "The challenge will be for those lesser skilled workers as they may not have the capabilities to step up to more mentality challenging roles that AI cannot yet successfully perform. The problem here though, is that those more difficult tasks will again become automated and level of human intellect required to carry out the next level up in tasks which AI can't perform yet will again go up."

— Dawn Kawamoto is an award-winning technology and business journalist, whose work has appeared in CNET's News.com, Dark Reading, TheStreet.com, AOL's DailyFinance, and The Motley Fool.

I Smell a RAT! New Cybersecurity Threats for the Crypto Industry David Trepp, Partner, IT Assurance with accounting and advisory firm BPM LLP,  7/9/2021

SecOps and DevOps: From Cooperation to ...

Cybersecurity Responsibility in a ...

Ransomware Trains Its Sights on Cloud ...

Cloud Services Require a Shift in ...

Developing and Testing an Effective Breach Response PlanWhether or not a data breach is a disaster for the organization depends on the security team's response and that is based on how the team developed a breach response plan beforehand and if it was thoroughly tested. Inside this report, experts share how to: -understand the technical environment, -determine what types of incidents would trigger the plan, -know which stakeholders need to be notified and how to do so, -develop steps to contain the breach, collect evidence, and initiate recovery.
Download This Issue!

Back Issues | Must Reads
Flash Poll

Incident Readiness and Building Response Playbook In this special report, learn the Xs and Os of any good security incident readiness and response playbook.
Download Now!

Battle for the Endpoint

How Enterprises are Developing Secure Applications