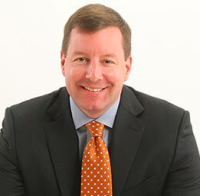 Let's prioritize bipartisan strategic actions that can ensure our national security and strengthen the economy. Here are five ideas for how to do that.

US corporations are under attack, literally.

The FireEye hack that came to light recently is the latest in a string of nation-state criminal intrusions against US corporations and agencies — from the Office of Personnel Management to Equifax to FireEye, and on and on.

But much of what we've seen — and will continue to see — in the days and weeks after these attacks follows a similar pattern. We see a race to uncover who was behind the latest infiltration and theft. Was it Russia, as seems likely? China? One of the other emerging nation-state threats to US national and cybersecurity? We see speculation on what the retaliation, if any, will entail. We see the victims of the breaches dragged before Congress for finger-pointing.

Some of this is certainly important to know and to do, but it's not urgent. And ultimately, it's not relevant to the long-term solutions and actions we desperately need. What we should be consumed with instead is how to prevent future attacks.

It sounds simple, but we're still not there yet. To be fair, the US government deserves a tremendous amount of credit for the progress made over the last decade in securing the cyber domain. Standards like the Cybersecurity Maturity Model Certification (CMMC) and recommendations from the Cybersecurity Solarium Commission are a good start and strong models to work from. But it's long past time to step on the gas and better protect US public and private corporations.

Our focus should be the strategic actions we can take to reverse the increasingly emboldened actions of America's enemies. Let's prioritize bipartisan strategic actions that can reestablish American dominance and bolster our national security and economy. Here are five ideas for how to do that:

1. Prioritize cybersecurity during the Biden administration's first 100 days.
The incoming administration has a full slate of plans for its first 100 days, including combating COVID-19, reviving the economy, revamping foreign policy, and other actions on pressing issues. Cybersecurity should be on that list as another national emergency in need of swift action.

Tighter cybersecurity not only deserves a place among the top priorities but also aids efforts to combat the pandemic, stabilize the economy, and forge stronger relationships with allies. It safeguards vaccine research, intellectual property, and state secrets.

2. Stop victim shaming.
The typical political response to a major security breach is to drag the affected parties before a dog and pony show of congressional committees, which wag their fingers and issue fines. How has that been working out?

We need to stop the victim shaming and declare a national emergency around cybersecurity. Instead of piling on the companies breached, we should hold them to higher standards. Led by the Cyberspace Solarium Commission's recommendations, we could draw on the most effective public-private partnership to date between the Department of Defense (DoD) and the defense industrial base, efforts that led to stronger cybersecurity standards like CMMC and NIST 800-171.

The Cyberspace Solarium Commission, a bipartisan effort to develop a strategic approach to defending against cyberattacks, specifically recommends assessing models of public-private collaboration. One very successful public-private partnership, between the DoD and its suppliers, recently announced "pathfinder" contracts for testing the CMMC approach to ensuring supply chain security. In light of recent attacks that exploited the DoD supply chain this effort is timely and promising.

4. New regulation — hear me out.
I'm the last person to call for new regulation, but in this case it's absolutely necessary. Just as we probably wouldn't have seatbelts in cars if we didn't have legislation requiring it, private and public sector organizations are unlikely to enact cybersecurity protections to the level they need without being compelled to do so.

The push for stronger cybersecurity standards has met pushback from lobbyists who are fighting against and picking holes in every legislative effort. Ahead of the CMMC taking effect, we've seen lobbyists complain about the costs and lack of clarity and predictability around the requirements. But the requirements were supposed to be implemented three years ago and DoD contractors were told about them five years ago.

Lobbying efforts will persist. But the cost and unpredictability of inaction is far greater and far more damaging to national security and the economy.

5. Invest in what works.
As part of these efforts, we need to document what works and what doesn't. The government should provide the funding to fix open issues, accelerate progress, and extend the successful models like the CMMC that have worked for the DoD to the entire federal government using the existing construct.

Enough is enough. It's time to get serious and take action to stop the endless barrage of breaches that will render irreparable damage to American innovation, prosperity, and security.

Eric is CEO for CyberSheath Services International, LLC and is a respected cybersecurity expert having testified before the House Armed Services Committee (HASC) Subcommittee on Emerging Threats and Capabilities and served on the Council on Cyber Security expert panel to ... View Full Bio