DEF CON 22, held earlier this month in Las Vegas, saw a 25% jump in the number of attendees over last year -- a whopping 15,000 people converging on what is considered the world's largest hacker conference. Dark Reading executive editor Kelly Jackson Higgins sat down with DEF CON founder Jeff Moss, a.k.a. The Dark Tangent, to get his take on this year's show, the NSA, and the reality that cyberattacks are inevitable. Here is an excerpt from that interview: 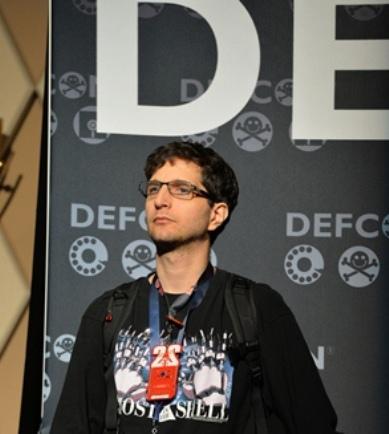 Dark Reading: What is the biggest difference you see in this year's DEF CON than in years past?

Jeff Moss:  There's an energy difference. Last year, it was right at the beginning of Snowden, so there was lots of frustration or tension, on why do we bother trying to defend anything if you can just get a court order. There's a lot more optimism [this year].

Dark Reading: Last year, you made the fairly controversial request that the feds not attend DEF CON given the air of distrust amid the leaked NSA documents showing the scope of the agency's spying operations. Feds were back at DEF CON this year. What's different?

Moss: They are engaged in a very healthy [way], involved in contests [for example]. There's not a recruiting booth from the NSA. The NSA has not figured out its narrative yet. The challenge for the intel community, NSA folks, etc., is to figure out what their message is and how they can re-engage with this community.

We don't want the bad guys to break into our SCADA [systems]. We just need to figure out how we are going to work together [with the intelligence community] and repair that broken trust... I'm hoping by next year, they have a coherent story to tell our community.

Moss: It would be a huge risk or a huge opportunity for them. They would have to have a good story.

We have unlimited resources there [at the NSA] for capturing unlimited traffic. I'd like to see a cost-benefit analysis. Now that forces them to go to Congress and have to justify [the traffic capture]. That forces some discipline. I don't doubt it was working [for legitimate intelligence-gathering]... but a less invasive [approach is best].

Moss: We now have a privacy Village. That's been a theme since day one. We have an industrial controls Village, and it's amazing what they built there. We had the expansion of the Hardware Hacking Village.

On the fun side, we had a DEF CON badge counterfeiting contest. I wanted to know how the hell they're doing it [so the contest was added this year]. If you can counterfeit the badge and then teach your techniques to others, that's really cool.

All of the contests and tracks were full. There [were] a lot of [people] demanding how do we capture these [attackers]... what strategies do we use detecting them. There was a healthy defensive conversation here.

Dark Reading: What is the biggest mindset change in the industry now from your perspective?

Moss: There's a mindset shift: It was an IT problem to keep everyone secure and if they break in, it's an IT failure. Now it's if they're going to break in, what are you going to say? You need to have a communications plan ready, an incident response team, legal, are you going to sue or call the cops. You have big decisions to make if you go to the feds or not. What information do you have to tell the CEO or CIO or CFO. If it reaches this level, do I wake the CEO up?

There's cross-departmental communications. They all feel like they're involved now. That's so much more healthy than saying I'm hired to be the security guy in the security department.