It all began more than four years ago with HD Moore's groundbreaking research in embedded device security -- VoIP, DSL, SCADA, printers, videoconferencing, and switching equipment -- found exposed on the public Internet and sporting diagnostics backdoors put in place by developers.

The holes could allow an attacker access to read and write memory and power-cycle the device in order to steal data, sabotage the firmware, and take control of the device, Moore, chief security officer at Rapid7 and creator of Metasploit, found. "This feature shouldn't be enabled" in production mode but instead deactivated, he told Dark Reading in a 2010 interview on his research on the widespread vulnerability in VxWorks-based devices.

Fast forward to Black Hat USA and DEF CON 22 last week in Las Vegas, where the dominant and overarching theme was the discovery of, yes, intentional backdoors, hardcoded credentials, unencrypted traffic, and critical systems lumped on the same network as noncritical functions, in today's increasingly networked and automated commercial systems. And those embedded hardware weaknesses were on display by researchers who found them in cars, TSA checkpoint systems, satellite ground terminals, cell phones and networks, home automation and security systems -- and even baby monitors.

Moore's 2010 findings and subsequent research should have been a major wakeup call for the Internet of Things. But instead the problem has now snowballed and gone mainstream as industries not schooled in cyber security got their first lesson in white-hat hacking in the past year as massive holes in their consumer products have been discovered and publicized. Now that these vulnerabilities, many of which require relatively simple fixes, have spilled into the arena of public and physical safety with hackable cars, pacemakers, road traffic systems, and airplanes, the tipping point for solving the security of Internet-connected things may finally have arrived.

It's the public safety angle that may ultimately capture the attention of legislators and regulators -- if not the consumer product vendors themselves -- to start taking security seriously, experts say.

"Everybody should be worried a lot. It's modified Linux in most cases [in these devices]" and there has been little if any improvement in its security, says Marc Maiffret, CTO at BeyondTrust. "A lot have lame vulnerabilities. Name your embedded system -- it's going to have something."

Just how to get the consumer product world in sync with security research is the problem. Researchers routinely report bugs to the vendors and government-based organizations like the ICS-CERT, but they still either get ignored altogether by the vendors or in some cases face legal threats.

"There's no framework for the level of accountability, no responsibility to accept [by the vendors]. The risk is passed on to the consumer," says Trey Ford, global security strategist at Rapid7.

But there was a shift last week in Vegas, as the security community began pitching and proposing some next steps to fix the problem of vulnerable consumer goods. I Am The Cavalry, a grassroots organization formed to bridge the gap between researchers and the consumer products sector, last week at DEF CON published an open letter to CEOs at major automakers, calling for them to adopt a new five-star cyber safety program. The group also provided a petition via change.org for others to sign.

Joshua Corman, chief technology officer at Sonatype and co-founder of I AmThe Cavalry, says with lives at risk with many of these consumer products, such as cars, the time has come for a framework and action. Attacks against cars and other critical consumer things are a matter of public safety, he says. "You want to measure twice and cut once," he says of the need for baking security into such consumer products.

[Yes, the ever-expanding attack surface of the Internet of Things is overwhelming. But next-gen security leaders gathered at Black Hat are up to the challenge. Read The Hyperconnected World Has Arrived.]

Another group of security researchers is helping out smaller embedded device vendors with initial pro bono security testing of pre-production code for their IP cameras and other consumer devices. "We're going to have researchers looking at their pre-production hardware before getting it in [consumers'] hands," Mark Stanislav, a researcher with DuoSecurity, which is one of the founders of the group, said in an IoT session at DEF CON.

So far, Belkin, DropCam, DipJar, and Zendo are among the IoT firms that have taken BuildItSecure.ly up on its offer. The hope is some of these smaller firms may ultimately offer bug bounties to researchers who find vulnerabilities, or will end up engaging with the firms in consulting gigs, for example.

BeyondTrust's Maiffret, meanwhile, says consumer product vendors should at least open up their Linux code to open source so it can be patched and updated. "There are a lot of ARM processors running Linux and they have some software apps sitting on top... a  NAS or IP camera," for instance, he says. "At least open it up so Linux can manage, patch and update it."

That same theme was echoed by Dan Geer in his keynote address at Black Hat last week. Geer proposed that software that's no longer updated or supported by its vendors should be transferred to the open-source community. He also suggested that embedded devices have a finite life span.

The bottom line is there's a lack of consumer product vendors taking ownership of the security of these products, Maiffret says. "We're always going to have a constant state of vulnerabilities," he says. 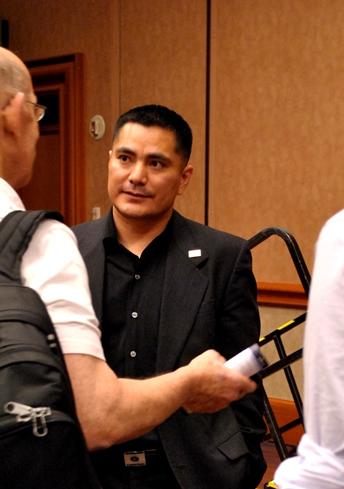 The good news is that much of the research in the more critical consumer device security -- cars, traffic control systems, for instance -- is ahead of the attackers, as far as we know, experts say. "Some of the hardware is very difficult to get," such as traffic control sensors, says Cesar Cerrudo, who last week at DEF CON provided new details on vulnerabilities he found in vehicle traffic control systems. "You can't go to the store. That's good for bad guys [in] that it's not easy. But at some point they can steal them or get them in some way."

Cerrudo set up a phony company in order to buy traffic sensors from Sensys Networks for his research, he says.

But even a more easily accessible smart TV or egg counter, if compromised, can wreak havoc on consumers. "Whatever is connected to the Internet or a network is a possible target," Cerrudo says.

"We can put a man on the moon, but we can't make software reliable?" says Rick Howard, CSO at Palo Alto Networks.