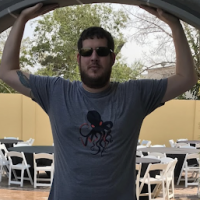 Preventative technologies are only part of the picture and often come at the expense of the humans behind them.

Companies spend millions on security technology designed to prevent cyberattacks, yet they are still plagued by costly breaches and network intrusions.

Indeed, the number of attacks are on the rise, taking longer to address than ever before. It's estimated that the average cost of a data breach in 2018 was up 6.4% over the previous year to $3.86 million. This is why companies cannot afford to simply rely on preventative technologies, which often lull them into a false sense of security.

Such a heightened focus on prevention also comes at the sacrifice of the security team. This is why CISOs should invest in hiring people who can provide the critical thinking that technology can't.

People First, Tech Second
Security teams understand they need to think like hackers. And they understand that it's not computers attacking their companies. Rather, it's the people behind them — people with real-life experience and intuition.

But that doesn't necessarily hold true elsewhere in the organization. One place I often see an over-reliance on technology versus human expertise is among the data science team. It's common for a data science team to operate in a vacuum, without security expertise. For example, static meta data is frequently used to efficiently find and retrieve data. Data scientists may try to cluster malware based on import hashes without taking into account that they are representative of a layer of anti-analysis protection, rather than the malware itself. Working on a faulty premise without the right expertise will garner flawed results.

It pays to invest in talent, too. A recent study from Kaspersky Lab revealed that large companies that rely on external security resources pay up to three times more to recover from a cyberattack than businesses with in-house expertise. Teams without enough people also become overwhelmed more easily. This can lead to general apathy and even burnout.

After all, protecting an organization is a stressful job. So it's imperative that security teams have enough human resources to support the company’s security strategy and keep their organizations safe from attack.

When Prevention Fails, Visibility Is Key
Let's say you have the resources in place. Now let's talk about network visibility. In a survey I conducted last year in a private social media group for security pros, 67% of the 87 security analysts, researchers, and leaders said they did not have enough visibility into their organizations' technical assets in order to identify potential compromises. Being able to see a real-time view of what's happening in the network, verify an attack is happening, gather evidence, and actively investigate is of paramount importance to a holistic security strategy.

For example, a security team might see an exfiltration attempt but may be unable to detect the hacker's attempt to log back into the system. Visibility ensures they can see what is happening in the network, on the endpoints, and in between the endpoints. It also allows teams to triage and investigate new and unusual occurrences. Relying on alerts that say "this was blocked" without a way to see what may not have been blocked leaves an organization with blind spots.

To ensure visibility, enterprises can take the following steps:

The key to mitigating advanced threats is a combination of visibility and speed, which ultimately comes down to investing in security experts. This can take many forms, including cultivating expertise from within. While there are seemingly endless opportunities for experienced personnel, consider upskilling entry-level team members, too, so as to create a pipeline of talent that will rise to the top.

If companies prioritize investing in humans first, then focus on visibility, detection, and prevention (in that order), they will be well-equipped for a successful security strategy.

Brandon Levene leads the Applied Intelligence team at Chronicle (VirusTotal). Prior to Chronicle he was a founding member of threat organizations at Salesforce.com and Palo Alto Networks. View Full Bio