Two men were arrested February 6 in what Florida authorities said was the first state-level money-laundering case in the country that involves bitcoins.

Bitcoins are a cryptographic currency that's seeing increased use by a number of legitimate businesses, both in the United States and abroad, something the Florida state attorney's charging documents against the two men emphasizes. But those same documents also highlight how the anonymity offered by bitcoins makes them "ideally suited for illegal purchases," because it's "virtually impossible to trace bitcoin transactions to the owner of the bitcoin address."

Accordingly, authorities appear to be targeting people who facilitate the buying and selling of bitcoins for anyone engaged in criminal activities.

In these two cases, authorities said they located both men via an online directory of bitcoin buyers and sellers called www.localbitcoins.com, through which Reid, using the handle proy33 and Esponoza, using the handle "michelhack," allegedly posted listings. In the listing posted by proy33, for example, the seller offered to meet "anytime" to exchange bitcoins, saying he preferred to meet in "public places such as Starbucks, an Internet cafe, a restaurant, a mall, or a bank," and posted a cellphone number where he could be reached.

According to court documents, on December 10, a Secret Service agent working undercover -- and named in the documents only as "Kramer" -- met proy33 at a Starbucks in Sunny Isles, Fla. The man converted $600 into bitcoins for Kramer, taking a commission of 20% above the bitcoins' market value. Authorities said that as part of a surveillance operation they followed proy33 to his home, then identified him as being Reid, who's Canadian. 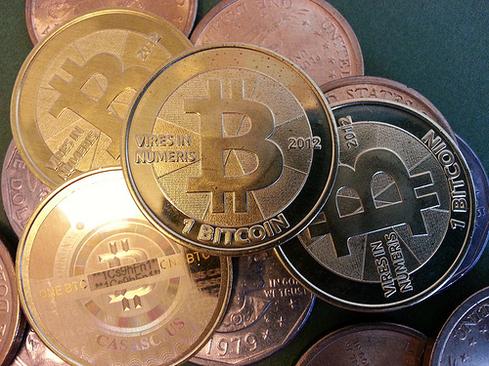 According to court documents, Kramer again met Reid on January 5, this time asking to convert $1,000 into bitcoins. The undercover agent also claimed to be in the business of selling stolen credit card numbers, and offered to sell some to Reid, who allegedly declined. But Reid allegedly didn't balk at continuing to offer bitcoin exchange services, as well as to break deposits up into multiple transactions, to help evade banks' anti-money-laundering controls.

According to court documents, the two men met again on February 4, with Kramer telling Reid that he wanted to convert $30,000 that he claimed to have earned by using credit card numbers obtained via the Target breach into bitcoins.

At that point, "Reid pulled out his Chrome (brand) laptop computer in order to observe the current bitcoin exchange rates," according to the charging documents, after which Kramer showed him a "flash roll" of $30,000 -- composed of $100 bills -- which Reid inspected for authenticity, before selling Kramer $25,000 in bitcoins, minus about $5,000 for his 20% commission. Reid allegedly also expressed interest in purchasing fake US passports and Florida driver's licenses from Kramer. Reid was arrested two days later.

According to court documents, Espinoza's bust went down the same way, with a Miami detective posing as the buyer, except that the suspect didn't believe the proffered roll of $100 bills was real. Instead, he requested that the buyer return with $20 bills. But the detective allegedly talked Espinoza into agreeing that if a Bank of America ATM accepted $2,400 of the cash for deposit into an account to which Espinoza had access, then he would convert the $30,000 into bitcoins. Less than an hour after first meeting the detective, Espinoza was arrested.

Both Reid and Espinoza face two money-laundering charges, as well as one charge of running an unlicensed money service business.

The state angle aside, this isn't the first case to involve bitcoins and money laundering charges. Last month, for example, Robert M. Faiella (a.k.a. "BTCKing") was charged with offering Bitcoin exchange services to users of Silk Road, a notorious "dark net" site -- reachable only via the Tor anonymizing network -- that reportedly facilitated that sale of illegal narcotics. Faiella reportedly sold the bitcoins at a 9% markup.

As part of that case, Charlie Shrem, formerly the CEO and compliance officer of Bitcoin exchange company BitInstant -- which closed shop in October 2013 -- was charged with helping Faiella launder more than $1 million in profits by processing the trades via BitInstant. Prosecutors accused Shrem of allowing people to swap cash anonymously for bitcoins without verifying their identities, as is required by federal law for any transaction that involves $3,000 or more.

InformationWeek Conference is an exclusive two-day event taking place at Interop where you will join fellow technology leaders and CIOs for a schedule packed with learning, information sharing, professional networking, and celebration. Come learn from each other and honor the nation's leading digital businesses at our InformationWeek Elite 100 Awards Ceremony and Gala. You can find out more information and register here. In Las Vegas, March 31 to April 1, 2014.