Ted Schlein is a partner with the most storied venture capital fund in Silicon Valley. When Ted talks about cybersecurity, people listen.

At the University of South Florida's Networking the Future conference on cybersecurity last week, Ted Schlein, general partner at Kleiner Perkins Caufield & Byers, gave the keynote address. He talked about both his vision of good security and a good security startup company before an audience of security professionals from business, government, military and educational organizations.

Between his keynote address and a panel where he debated the question of whether there should be a federal Department of Cybersecurity, Security Now had a chance to sit down with Schlein and talk about security in more detail. 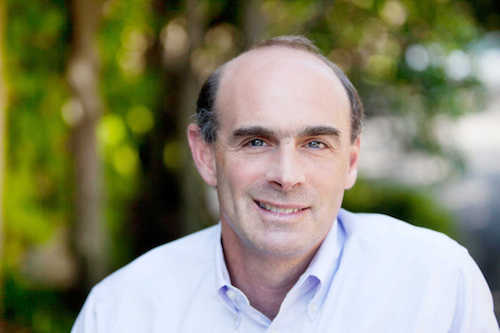 Ted Schlein joined Kleiner Perkins Caufield & Byers in 1996 and focuses on early-stage technology companies in the enterprise software and infrastructure markets, including ventures within the networking and consumer security arenas. Before joining KPCB, Schlein served as vice president of Enterprise Solutions at Symantec. One of Symantec's early employees, he played an instrumental role in the company's growth and dominance as a global software leader. Ted led Symantec's successful move into the software utilities market, as well as the launch of its commercial anti-virus solution, an offering that quickly emerged as the industry gold standard.

What follows is an edited transcript of the conversation with Schlein.

Curtis Franklin: I want you to start with something that you noted in your keynote address this morning: That you've been doing this a long time, and yet it seems like we're as far behind the curve as ever. Is it just that the hackers are so darned good or is there something baked into the system that that leaves us constantly playing catch-up?

Ted Schlein: Things that we thought were true, which kind of worked at one point, are no longer true and no longer work very well. We now have adversaries that are far more sophisticated than they were 30 years ago. I can assure you it's not a kid in a dorm room.

We have complete nation-states [acting against us]. We have a completely inter-networked economy on a worldwide basis which gives the avenue and the ability for the adversaries to have access. That's changed dramatically over 30 years.

The adversaries are well-funded and they're well trained. They have a lot of motivation to be doing what they're doing whether it be monetary for informational gains. So the stakes overall are just higher. Do I think that we do a good job at it trying to keep up? Yes, but almost by definition you're kind of going to be behind the eight ball until we have some fundamental discoveries that make us a little bit more preemptive versus reactive.

CF: Does the spillover of nation-state cyber attack into the civilian or commercial world intrinsically change the game for people trying to defend these commercial or private systems?

I pose it as a question. I think it's well worthy of debate. And it's a question we have to answer thoughtfully, because you don't want to get yourself into an escalated conflict either unknowingly or knowingly and end up with a bad outcome. So you have a nation-state attacking a private enterprise. What should happen? I call that an attack on the United States or whatever country is being attacked.

CF: In your keynote address you talked about making all successful exploits meaningless through the mechanism of encrypting everything. Given the audience at this particular conference I have to imagine that from the stage you you saw some skeptical looks coming back at you, because law enforcement hates that idea. Where are we in that conversation right now?

TS: Unfortunately, the conversation has been an either/or conversation that got forced to be either/or. I think it's unfortunate the way the FBI handled the issue with Apple, where people had to retreat to their sides, and I say that because both were right.

CF: You know, in my opinion, both were right.

TS: OK. It sounds like you agree with me. The question is: How do we solve for both? The more we propagate and push an either/or conversation, I think the less progress we will make, as I said in my talk.

I believe in strong encryption. You know I'm a security guy. I like things being secure. And guess what: I believe in the law of the land and I believe that the job that our law enforcement folks have to do is both hard and important, and can be lifesaving.

My guess is anyone that's going to be a zealot about this, the privacy, will be a zealot up until the fight that might affect them personally. And so I'd like to avoid those things and make the conversation come back together that this can be an and. We can have strong security strong encryption and we can satisfy what we need to do for law enforcement. There is not an ounce of me that doesn't believe that the smart minds in this country can't figure that out. You know we have figured out far harder things in our lifetimes.

CF: Do you think this is something where we are close to solving this technologically, or is this still something that needs a lot of research?

TS: I think it's less a technical solution than it is a policy -- cultural -- and I don't know if "cultural" is the right word but an organizational, operational solution. Let's get the people together that actually have to operationalize this to agree on a plan that satisfies both parties. And I actually think technically we could probably do this today.

CF: How optimistic are you that all the hurdles will get better or at least get to the point where they need to be within our careers?