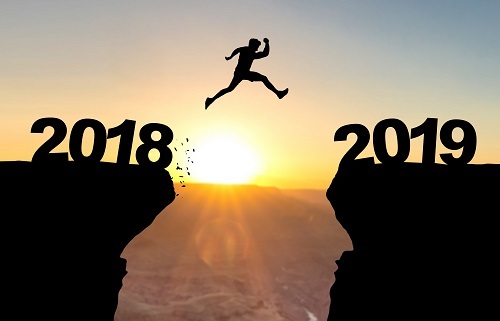 If 2018 turned into a security headache for enterprises, our writers predicts that 2019 won't be much better - maybe even worse. \r\n\r\n

If my fears come to pass, 2019 will be a somber year for cybersecurity professionals -- and for businesses, governments and consumers.

Nobody is going to win.

Certainly 2018 ended with some unhappy news, such as the multi-year Marriott breach discovered in November, theft of Republican Party emails around this year's election and yet another Google+ vulnerability spotted in December.

Here are ten things that I fully expect to happen next year -- but wish they wouldn't. Please, let me be wrong about my "Unhappy Predictions for 2019."

1. The big email danger will be spearphishing, which will run rampant once hackers learn how to use spellcheck No matter how much training is involved, employees will continue to click on spearphishing emails, which will either install malware or lead to disclosure -- via web forms -- of confidential information. 2. There will be a big security breach at a social media company that will cause many governments, including in the US, to impose regulations, some minor, some draconian Society will be torn. Some will decry those new regulations, while others will embrace them. Despite the new rules, state actors will continue to post misinformation and unfairly influence public opinion. 3. There will be a big security breach at a bank or other financial institution, but nothing will be done about it, from a regulatory standpoint Can we say "double standard"? It's politically correct these days to bash Facebook, Twitter, YouTube and Instagram, but banks are too well-connected in Washington to accept new regulations. 4. A major flaw will be discovered in a major platform, like an operating system or common enterprise application, that will affect many end consumers It will turn out that a patch was issued months before; but none of the victims had bothered to install it. Regulators will suggest regulatory action to require more frequent software patching, but the effort won't go anywhere. 5. State-sponsored actors will execute a significant DDoS or other effective attack against a country in a conflict zone, bringing that country off-line for several weeks Every continent -- except Antarctica -- has conflicts, and cyber warfare will become real in 2019. My concern is two-fold: Lives may be lost (think about dam gates being opened, or chemical plants overloading) and the cyberattack will provoke a large-scale military response. 6. Researchers will find a flaw in a common encryption algorithm or library, and this will access controls and encrypted data at risk all over the world Once the flaw is publicized, an app will appear on the Dark Web to exploit it. Worse, I fear, no fix will be released this year -- and even when it is, roll-out will be slow (see #4 above). 7. Someone will figure out how to hack a common container platform to allow users to eavesdrop on other customers' containers This will cause panic at enterprises and cloud hosting providers, who will respond by moving IaaS/PaaS customers to dedicated or bare-metal machines. This will signal the demise of multi-tenant IaaS/PaaS for all except the smallest business customers. 8. Studies will show that an increasing number of successful hacks are created by, or assisted by, unhappy insiders within an organization That continues a long-standing trend. CISOs and the tech news media will continue to focus most of their attention on external threats from criminals, hacktivists and state-sponsored actors. That, too, continues a long-standing trend. 9. There will be a big breach in home systems, affecting smart speakers, smart televisions, smart door locks and other IoT devices After about a week of bad publicity, it will turn out that nobody really cares. Overall, the sale of such devices will continue to grow without any evidence of improved security, or certified compliance testing, within that market sector. 10. Security teams and IT operations teams, despite all the happy boardroom talk about SecOps, will continue to despise and ignore each otherSome things will never, ever change.