Industrial control systems are riddled with outdated software that is in need of patching, while passwords are stored in plain text and endpoints are left open to attack, according to a report from CyberX.

Increasingly, industrial control systems (ICS) are coming under attack from nation-states and other bad actors, due to poor patching practices and outdated software being exposed to the public-facing Internet. Now, a new report find out just how bad this situation has become.

Much of what cybersecurity firm CyberX finds in its survey, "Global ICS & IIoT Risk Report," runs counter to the usual thinking about security and ICS. To draw its conclusions, researchers looked at data from 850 production industrial networks between September 2017 and September 2018.

What they found is that many operators think that Operational Technology (OT) networks don't need to be monitored or patched since they are isolated from the Internet thanks to "air-gaps," or that these networks are based on proprietary devices and protocols and are secure. 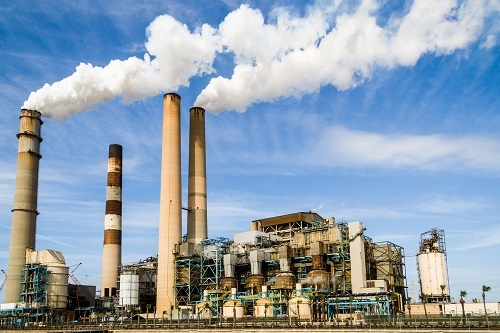 Now, however, OT networks are becoming increasingly connected to corporate IT networks, which can provide an attack surface. Indeed, CyberX found that 40% of industrial sites have at least one connection to the public-facing Internet.

The lack of patching and attention contributes to the report's finding that 53% of the sites have obsolete Microsoft Windows systems, such as Windows XP. Due to ICS-specific factors such as narrow maintenance windows, legacy applications and older hardware, it may not always be possible to patch or upgrade systems to more modern versions.

But this is one area that has improved when compared to last year's ICS report. In 2017, there were legacy Windows systems in 76% of sites and that has now dropped to 53% of sites.

Additionally, 69% of the industrial firm systems have plain-text passwords that traverse their ICS networks. These can easily be sniffed by attackers that perform cyber-reconnaissance. These sorts of passwords are typically associated with legacy devices that don't support modern, secure protocols such as SNMP v3 or SFTP.

Alarmingly, 57% of ICS sites were found not to be running anti-virus protections that update signatures automatically. This reliance on outdated and ineffectual signature lists will increase the risk of malware infections.

But this is also an indication of past beliefs of ICS equipment vendors.

These supply firms may not have permitted installation of any AV at all on their devices since they believed that AV scanning would cause latency issues that would negatively affect time-critical processes. That has changed, and most vendors now have certified both AV, as well as application whitelisting solutions. But misuse of AV due to legacy issues continues.

The report also found that 16% of sites were found to have at least one wireless access point, which can include routers, VPN gateways or switches that can serve as a point of entry for attackers.

Finally, 84% of industrial sites were found to have at least one remotely accessible device. This is significant since remote management and access protocols such as RDP, VNC and SSH make it easier for administrators to remotely configure devices. But they also make it easier to attackers with stolen credentials to learn exactly how equipment is configured and then manipulate it.

These kinds of devices are where an attacker will begin their breach attempts.

CyberX makes some general recommendations for mitigating the risk in the report. First, the firm advise reducing the number of digital pathways to a minimum, which helps cut down on possible attack paths.

Second, identify ICS network and endpoint vulnerabilities. Vulnerabilities such as weak passwords and the closing of unused open ports would be taken care of in this effort.

Lastly, implementing of continuous ICS monitoring. The report believes that that ICS-specific behavioral anomaly detection is essential for early detection of targeted and zero-day attacks that signature-based solutions may miss.

More Informa Tech Live Events
Every DDoS Resilience and Response Playbook Should Include These ThingsA Roadmap to Zero Trust: Steps for Meaningful Progress Amongst the HypeThe Craziest Cyberattacks Seen In the Wild and How You Can Avoid Them

The Promise and Reality of Cloud SecurityCloud security has been part of the cybersecurity conversation for years but has been on the sidelines for most enterprises. The shift to remote work during the COVID-19 pandemic and digital transformation projects have moved cloud infrastructure front-and-center as enterprises address the associated security risks. This report - a compilation of cutting-edge Black Hat research, in-depth Omdia analysis, and comprehensive Dark Reading reporting - explores how cloud security is rapidly evolving.
Download This Issue!

Bug Report
Enterprise Vulnerabilities
From DHS/US-CERT's National Vulnerability Database CVE-2023-25136PUBLISHED: 2023-02-03
OpenSSH server (sshd) 9.1 introduced a double-free vulnerability during options.kex_algorithms handling. This is fixed in OpenSSH 9.2. The double free can be triggered by an unauthenticated attacker in the default configuration; however, the vulnerability discoverer reports that &quot;exploiting thi...
CVE-2023-25139PUBLISHED: 2023-02-03
sprintf in the GNU C Library (glibc) 2.37 has a buffer overflow (out-of-bounds write) in some situations with a correct buffer size. This is unrelated to CWE-676. It may write beyond the bounds of the destination buffer when attempting to write a padded, thousands-separated string representation of ...
CVE-2022-48074PUBLISHED: 2023-02-03
An issue in NoMachine before v8.2.3 allows attackers to execute arbitrary commands via a crafted .nxs file.
CVE-2023-25135PUBLISHED: 2023-02-03
vBulletin before 5.6.9 PL1 allows an unauthenticated remote attacker to execute arbitrary code via a crafted HTTP request that triggers deserialization. This occurs because verify_serialized checks that a value is serialized by calling unserialize and then checking for errors. The fixed versions are...
CVE-2022-4634PUBLISHED: 2023-02-03
All versions prior to Delta Electronic&acirc;&euro;&trade;s CNCSoft version 1.01.34 (running ScreenEditor versions 1.01.5 and prior) are vulnerable to a stack-based buffer overflow, which could allow an attacker to remotely execute arbitrary code.