Fresh off a $17.5M funding round, startup Preempt is one of several companies that is looking to change the identity and access management game as the enterprise shifts to the cloud.

Defending the security perimeter is a lot more straightforward when you can see it and get your arms around it. In the cloud, of course, that's just not possible.

One only needs to recall the Mirai botnet attack on Dyn DNS servers, which in 2016 brought the Internet in the US and Europe to its knees, to understand that the cloud really can be a very unsecure environment.

In receipt of a recent $17.5 million Series B round, Preempt, a San Francisco-based identity and access management startup, is developing and deploying a technology that looks at verifying identity, not location, in order to limit cloud threats based on an amalgam of identity, behavior and risk factors.

This triad forms the core function of identifying a user or entity, assessing their online behavior, and calculating the risk it poses to security that acts as a gating system to access. The concept is simple, but Preempt is pioneering an entirely new category of security functionality.

And, they're not the only ones. 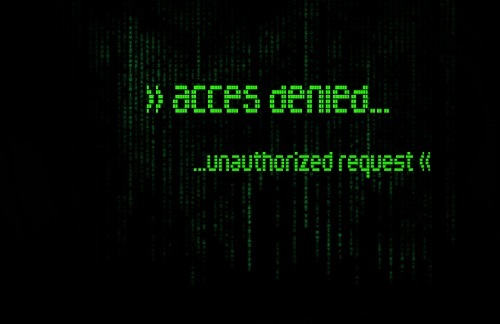 Using a newish term -- the "identity-aware perimeter" -- Bekker sees a focus on identity, not location, as critical to moving security ideologies away from the relative comfort of on-premise, out into the wilds of the cloud or hybrid set-ups.

"The essential idea is that as new architectures such as cloud, containers, mobility and IoT take hold, controlling access to resources will rely on identity as an alternative to purely network-based approaches focused more on 'where' you are than 'who' you are," Bekker wrote. "We think [this] could be one of the most interesting and powerful [trends] to hit the InfoSec market in years."

And that shift deserves consideration in a world where high-level enterprise IT admin credentials are being stolen, intercepted or forged and used to control networks and sensitive data all over the world.

Patrick Heim, operating partner and CISO at ClearSky, a US venture firm that took part in the round, is full of examples of identity and credential misfortune. He cites Mimikatz, the automated admin credential grabber created by Benjamin Delpy that was reportedly hybridized with stolen NSA tools that were behind NotPetya and BadRabbit.

Another two are "Pass The Hash" and Kerboros "Golden Ticket," respectively a method to authenticate to a remote server using a stolen password hash, and a method of forging tickets used as authentication in Kerboros environments.

And then there are "stealthy admins." (See Office 365 Flaw Could Lead to 'Stealthy Admin' Headaches.)

"What excites us about Preempt is that finally there is a technology to disrupt this tried and true attack path," said Heim. "Detection and response are fine but prevention is king."

For those who live and die by network segmentation, this may be a tough cookie to chew.

Sancheti believes that the only "practical unit of control" is the user themselves. That's why Preempt focuses on user rather than network segmentation, because it combines both static and dynamic elements.

"It's more effective in a world where the perimeter is rapidly disappearing," he added.

The challenge now is to not only provide technical benefits, but to reinforce them using use cases which help define this new category in the face of likely enterprise comfort with other vendors and time-honored categories.

"Some unique use cases are the ability to detect and control security tools like Mimikatz, PowerShell and PsExec, for example," Sancheti said. "[We also provide] a holistic view of a user's activity across all platforms, something that takes months of tuning when using a log analysis system or a SIEM."

Also, he claims his customers can control access by privileged users without deploying a "hard-to-manage" PAM solution, which he considers "overkill" for the majority of enterprises.

Of course, all this positivity is a good thing in terms of innovation, but in funding terms, Preempt now needs to prove it can execute against a large list of competitors that have embedded solutions. Preempt will also need to prove out its new category against better-known and already-trusted software that fits into clearly defined buckets.

"Preempt's challenge, like it is for any other vendor, is rising above the noise of the other vendors. Fortunately… most of our deals are not long, drawn out competitive bakeoffs," Sancheti said.