Conventional wisdom holds that Russia hacks primarily for financial gain. But equally credible is the belief that the Russians engage in cyberwarfare to further their geopolitical ambitions.

Third in a series on the motivations that compel nation-states to hack.

The Russian Federation holds an interesting, albeit a dubious position in the ranks of nation state cyber-actors. While ranked third among countries in terms of volume of cyber activity (behind the U.S. and China, according to Deutsche Telekom’s honeypot network data), Russia is widely regarded as a having the most sophisticated and skilled hackers.

Unlike the Chinese government which employs thousands of hackers in the People’s Liberation Army, the Russian government’s relationship with resident hackers is much murkier. The trails to cyber-attacks originating in Russia tend to end at civilian hacktivist groups and criminal organizations, perhaps providing officials with plausible deniability. This may suggest an implicit support for criminal hackers in Russia, given government’s notorious reputation as being inherently corrupt.

Given the highly publicized industry hacks attributed to Russian entities, it’s easy to conclude that the government’s motivation behind hacking is directly related to financial gain. But that conclusion is, perhaps, somewhat simplistic. As an alternative, consider viewing Russian hacking through the prism of geo-politics. It is feasible that the Russian government has established an iniquitous partnership with Russian civilian hackers to achieve geo-political goals. It may not be possible to know with certainty what motivates the government to participate in nefarious cyber activity, but it's equally conceivable that Russian officials views hacking, or more appropriately cyber warfare, as a political tool which, when employed, is extremely effective at helping a nation state achieve a geopolitical goal. 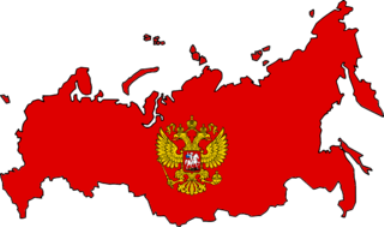 By Coat_of_Arms_of_the_Russian_Federation.[Public domain], via Wikimedia Commons

The notion that the Russian government is willing to use the cyber domain as a political, if not military, arena is not new. Recall the cyber-attacks alleged to have been orchestrated by the Russian Government during the 2008 Russo-Georgian War, a war considered by some to be the first cyber-war. Post war analysis suggests that the Russian Government leveraged the vast network of civilian cyber actors, including organized crime organizations, to conduct the attacks. The military significance of the cyber-targets attacked during the war, and the synchronization of the attacks with Russian military operations may be too coincidental to reasonably conclude Russian civilian hackers were acting autonomously.

In December, the German Federal Office for Information Security (BSI) disclosed that a cyber-attack was executed on a steel plant, resulting in the abnormal shut down of a large blast furnace and associated systems. The BSI report characterized the attackers as highly skilled, and that they used social engineering and extensive knowledge of the network to circumvent security and specialized software designed to prevent such attacks. It is difficult to identify with certainty the parties responsible for these attacks, but the timing of diplomatic talks between the Ukraine and Germany point toward the Russian government. This cyber-attack is significant because it signals an escalation in tactics, a willingness to create physical damage to infrastructure.

More recently, the shutdown of German Government websites, which overlapped with a scheduled meeting this month between German President Joachim Gauck and Ukrainian Prime minister Arsney Yatseniuk, strongly suggests a connection between cyber operations conducted by Russian hacker groups and Russian politicos. The Russian hacktivist group, CyberBerkut, claimed responsibility for the attacks and demanded the Germans withdraw support for Ukraine. We can’t be certain that CyberBerkut was sponsored by the Russian government, but the timing of the cyber attacks with Russian activity in the Ukraine is compelling.

The renowned German military theorist Carl von-Clausewitz believed war to be a political instrument, and we can easily extrapolate Clausewitz’ thought to cyberwar in a modern context. With that point in mind, the Russian government has applied Clausewitz’ theories to achieve national political goals by leveraging an increasingly sophisticated hacker population. While the U.S. and many of her allies grapple with the implications of conducting offensive cyber operations, the Russian Government is writing the first book on geopolitics and global cyber warfare.

More on this topic: