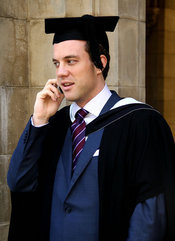 Master's Degree Programs For IT Pros And Clinicians
(click image for larger view and for slideshow)
A new tally of files stored on a server that contained Medicaid information at the Utah Department of Technology Services (DTS) reveals that 780,000 individuals have been affected by the theft of sensitive information. That's far worse than initial estimates.

The data breach occurred on March 30, when a configuration error occurred at the password authentication level, allowing the hacker, located in Eastern Europe, to circumvent DTS's security system.

"The server was a test server and when it was put into production there was a misconfiguration. Processes were not followed and the password was very weak," Stephanie Weiss, spokesperson for DTS, told InformationWeek Healthcare.

On Monday DTS, along with the Utah Department of Health (UDOH), announced that an additional 255,000 people had their social security numbers (SSNs) stolen by hackers from a computer server last week. Until last Friday, authorities had estimated that only 25,096 individuals had their SSNs compromised. That brought the revised figure up to 280,096.

DTS officials said the 280,096 victims were individuals whose information was sent to the state by their healthcare provider in a transaction called a Medicaid Eligibility Inquiry to determine their status as possible Medicaid recipients.

Another 500,000 individuals had less sensitive personal information stolen, comprising names, addresses, dates of birth, and medical diagnostic codes, among other information. That brings the total number affected to more than 780,000. Officials cautioned that some victims may have been counted twice, and the number of people affected could be reduced as the investigation continues.

The information was hacked from 224,000 files that contained Medicaid Eligibility Inquiries and from the records of Medicaid and Children's Health Insurance Plan (CHIP) recipients.

One single file can potentially contain claims information on hundreds of individuals. DTS has started the process of identifying these additional victims, and the state will be sending letters directly to them as they are identified. To provide a remedy, victims whose SSNs were stolen will receive one year of free credit-monitoring services.

"I am not the least bit surprised," said Daniel Berger, president and CEO of Redspin Inc., a company that provides IT risk assessments at hospitals and other medical facilities. In an interview with InformationWeek Healthcare Berger said, "While the majority of healthcare data breaches to date have been the result of non-malicious incidents, it's always been only a matter of time before the hackers arrived. Digitized medical records are now a high-value target."

Looking ahead, Tom Hudachko, spokesman for UDOH, said the department will send its report to the U.S. Department of Health and Human Services as they assess potential violations of the Health Insurance Portability and Accountability Act of 1996 (HIPAA).

"DTS is listed as a business associate of ours, so they will be responsible for filing their own separate report with HHS's Office of Civil Rights (OCR), and we will also be filing a report with OCR and with the Centers for Medicare and Medicaid Services," Hudachko told InformationWeek Healthcare. "We've spent some time thinking about a potential fine, but right now we're trying to figure out how we're going to take care of the victims' immediate needs."

In the meantime, DTS has implemented new data security procedures. "We've reviewed our process to prevent this type of incident from happening again," Weiss said. "We've put in place some additional network monitoring and intrusion-detection capabilities."

To shore up their data protection procedures, Rick Kam, president and co-founder of ID Experts, said DTS and UDOH should perform an inventory of the sensitive information their organization manages. "Whether it is considered personally identifiable information (PII) or protected health information (PHI), both have regulatory security requirements to protect it and to notify individuals if security is breached," Kam told InformationWeek Healthcare.

In order to reduce the risk of data theft, Kam recommends that organizations take the following steps:

-- Ask for and keep only PII/PHI that is necessary, and properly dispose of that data.

-- Perform annual risk assessments where PII/PHI exists, whether it is managed within your organization or by third parties, to identify any threats and vulnerabilities and to find the best ways to mitigate risk.

-- Determine the "at risk value" of the PII/PHI to justify appropriate levels of investment in risk mitigation systems used to protect it.

-- Implement and test risk mitigation tools on a periodic basis to make sure they are working effectively.

"Hackers are testing for configuration errors, simple authentication procedures, or weak passwords. It is highly probable that this situation could have been avoided," Kam said.