Researchers demonstrate attack that picks on inherent flaw in HTTP 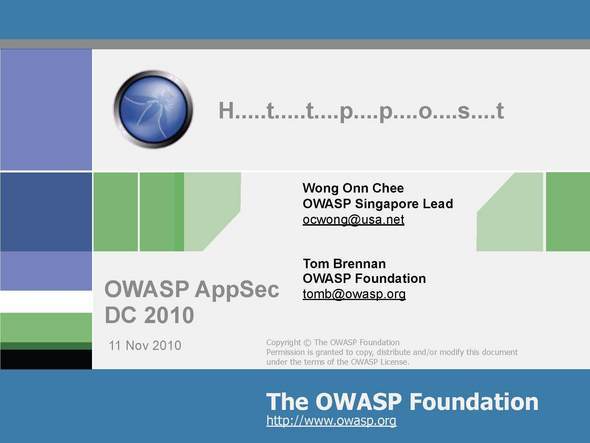 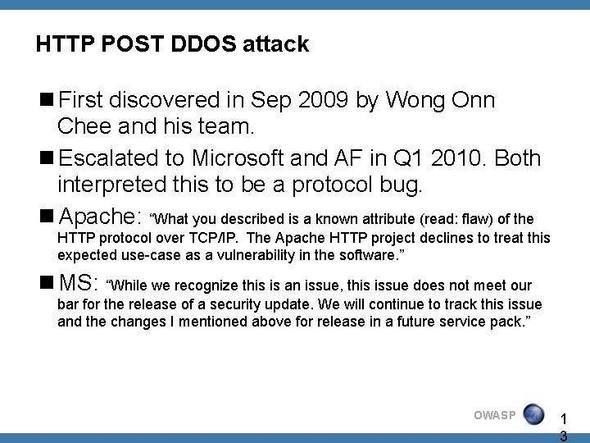 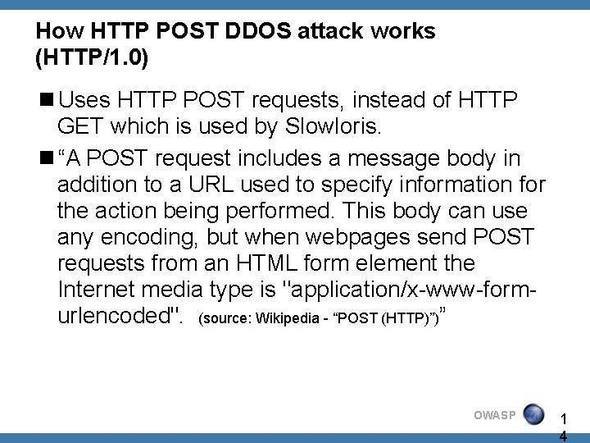 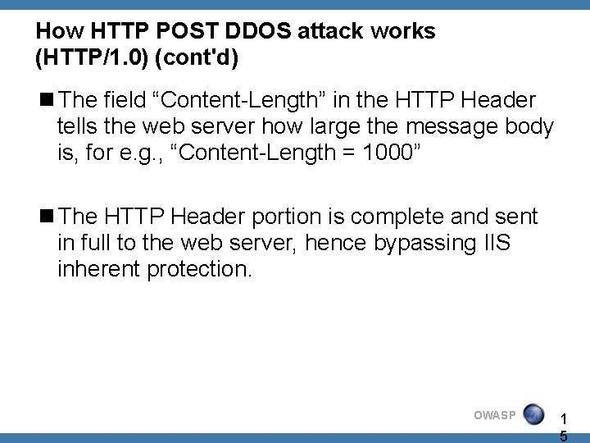 The "content-length" field in the HTTP header alerts the Web server the size of the message body. 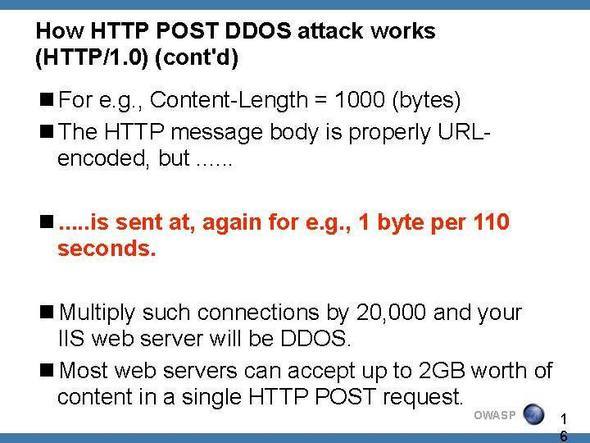 But the HTTP message body is sent at a slow rate, such as one byte per 110 seconds. 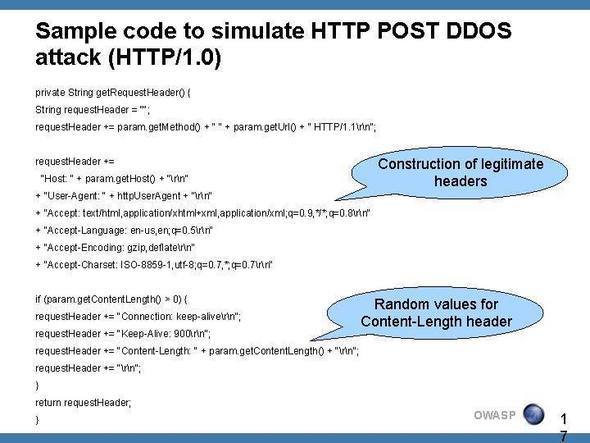 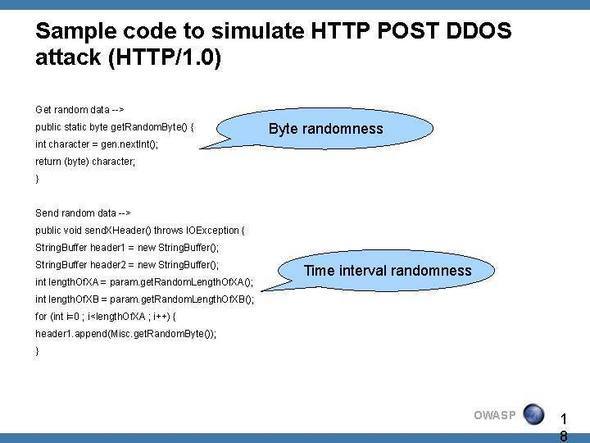 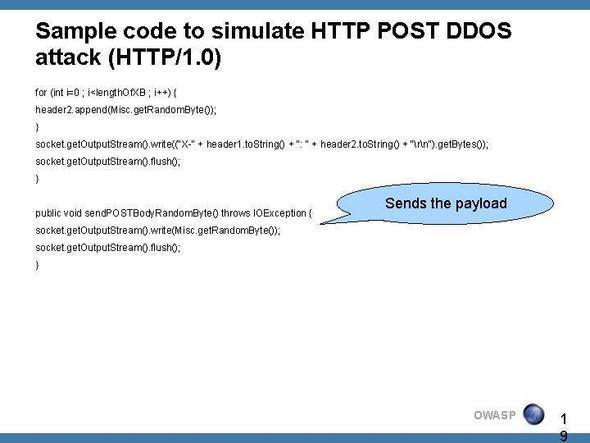 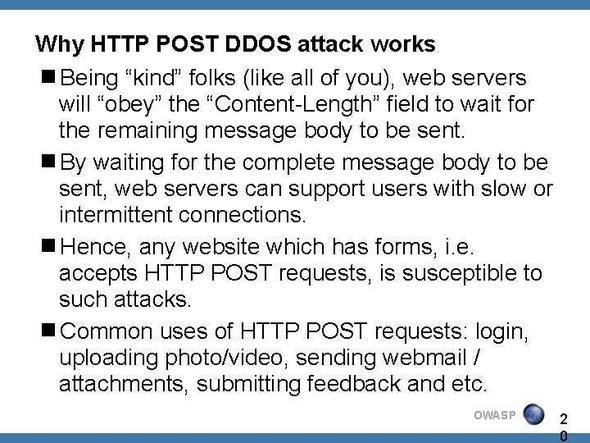 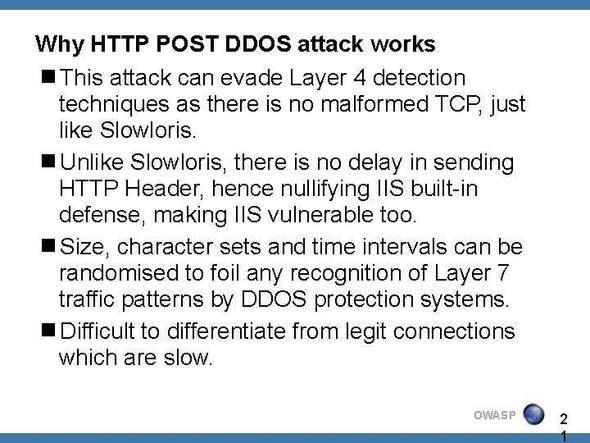 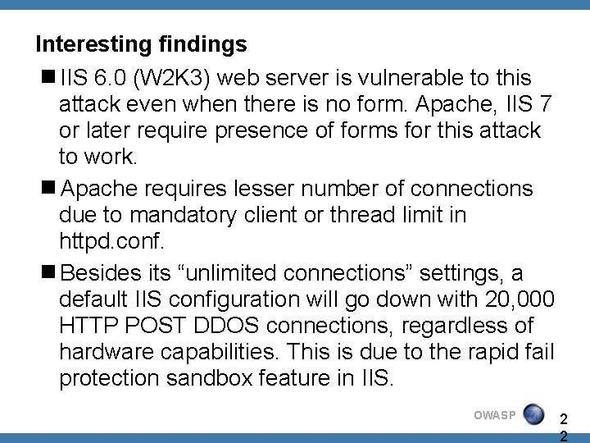 How different Web servers fare in this attack. 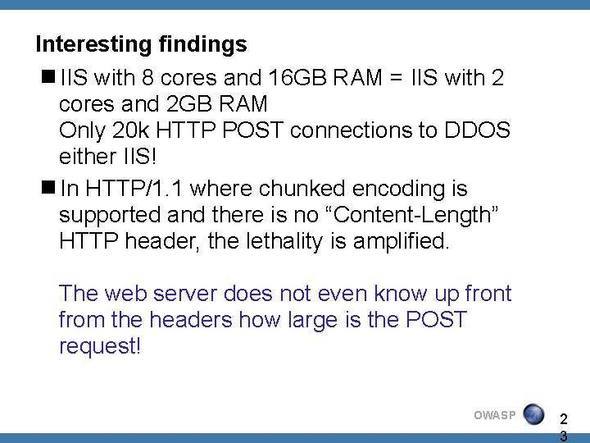 It took only 20,000 HTTP POST connections to DDoS IIS in this configuration. 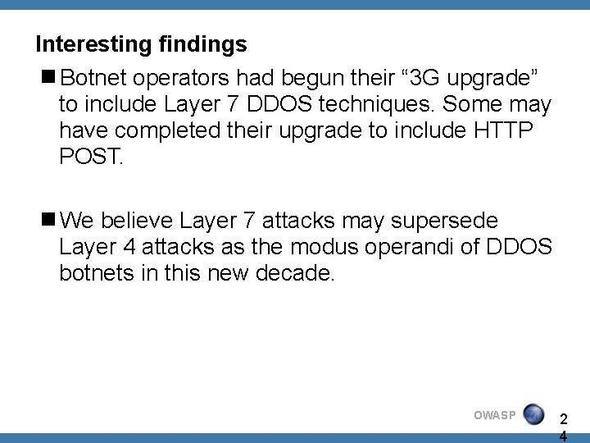 Layer 7 botnet attacks could replace Layer 4-based ones in botnets in the next few years. 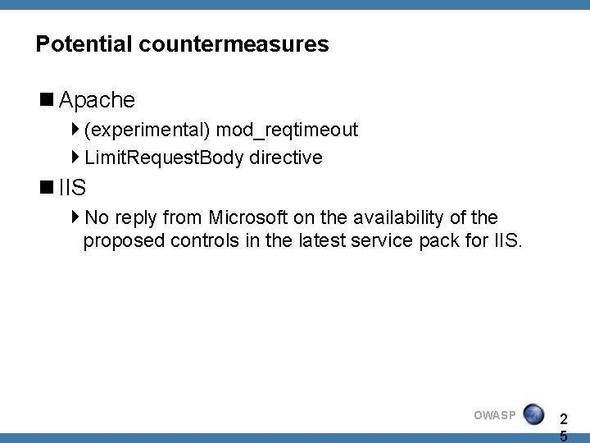 Possible defenses for this attack. 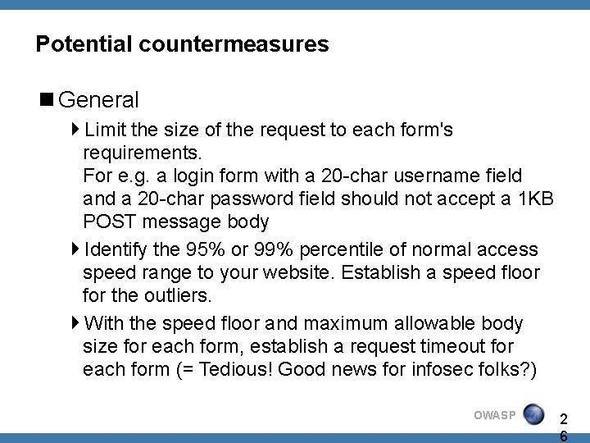 Limiting the size of a POST request or establishing a "speed floor" are some potential mitigation methods. 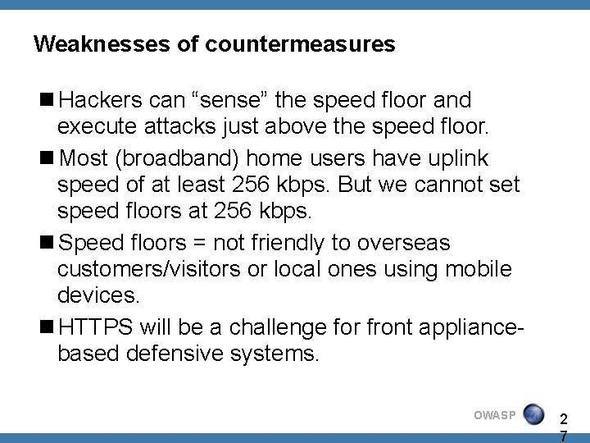 But many of these defenses can either be defeated or pose other limitations.