SEARCH
A minimum of 3 characters are required to be typed in the search bar in order to perform a search.
Announcements
Report
Black Hat USA 2022 Attendee Report | Supply Chain & Cloud Security Risks Are Top of Mind | <READ IT NOW>
Event
Malicious Bots: What Enterprises Need to Know | August 30 Webinar | <REGISTER NOW>
Event
How Supply Chain Attacks Work – And What You Can Do to Stop Them | August 17 Webinar | <REGISTER NOW>
PreviousNext
Risk
4 min read
News 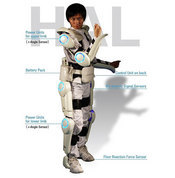 According to a statement from Tricare, the records may include Social Security numbers, addresses, and phone numbers, as well as clinical notes, prescription information, and some lab data. Tricare said that the tapes did not hold any financial information.

"The risk of harm to patients is judged to be low despite the data elements involved since retrieving the data on the tapes would require knowledge of and access to specific hardware and software and knowledge of the system and data structure," according to the Tricare statement. "Since we do not believe the tapes were taken with malicious intent, we believe the risk to beneficiaries is low."

[ Are you prepared if your organization suffers a data breach? See Data Breach Response Plans: Yours Ready?]

Tricare said that SAIC reported the breach on Sept. 14. Citing a police report, the San Antonio Express-News reported that the tapes were stolen from an SAIC employee's car during a burglary the night before.

The Tricare statement said that the U.S. Department of Defense and SAIC are working to identify all individuals whose data were compromised and that Tricare will sent notifications by mail. The process is expected to take 4-6 weeks.

People affected will not be provided with any private credit monitoring services. "The risk of harm to patients is judged to be low despite the data elements involved," the Tricare notice said. Tricare is directing enrollees to a FTC site where individuals can place a free, 90-day fraud alert on their personal credit ratings.

"It's clear that Tricare is trying to position this under Federal Trade Commission regulations, not under HIPAA regulations," Ruby Raley, director of healthcare solutions at IT integration and security company Axway, Scottsdale, Ariz., told InformationWeek Healthcare.

Unlike HIPAA, FTC regulations don't require entities to sign agreements with "business associates" that hold third parties to the same standards when handling sensitive data. Also, HIPAA regulations require organizations to provide a year of credit monitoring to anyone who may have been affected by a breach. "They're only [offering] fraud protection for 90 days," Raley said of Tricare.

As of Monday, the incident had not been posted on the Department of Health and Human Services' list of breaches affecting at least 500 people, commonly called the "wall of shame." The 2009 American Recovery and Reinvestment Act calls for covered entities to report major HIPAA breaches to the HHS Office for Civil Rights if the data was not encrypted.

Tricare did not indicate whether SAIC encrypted the information on the stolen tapes, but Raley said, "It's very hard to encrypt a backup tape." Tricare did not respond to a request for comment on the HIPAA issues.

SAIC has not offered a public statement on the incident, but the company's home page references an "Incident Response Call Center."

Anyone concerned that they may have been affected by the theft can call (855) 366-0140 from within the United States or (952) 556-8312 from abroad. This same information is included in Tricare's statement.

Not every application is ready for the cloud, but two case studies featured in the new, all-digital issue of InformationWeek Healthcare offer some insights into what does work. Also in this issue: Keeping patient data secure isn't all that hard. But proposed new regulations could make it a lot harder. Download it now. (Free with registration.)