SEARCH
A minimum of 3 characters are required to be typed in the search bar in order to perform a search.
Announcements
Report
Black Hat USA 2022 Attendee Report | Supply Chain & Cloud Security Risks Are Top of Mind | <READ IT NOW>
Event
Malicious Bots: What Enterprises Need to Know | August 30 Webinar | <REGISTER NOW>
Event
How Supply Chain Attacks Work – And What You Can Do to Stop Them | August 17 Webinar | <REGISTER NOW>
PreviousNext
Risk
2 min read
article

Social network games were shuttered over the weekend after the developer was charged with unauthorized sharing of user information.
Alison Diana
Contributing Writer
October 18, 2010 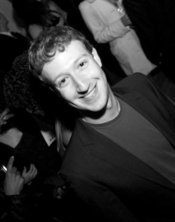 Slideshow: Top 10 Tech Newsmakers Of 2010
(click image for larger view and for full slideshow)
After going dark on Friday morning, Facebook restored power to Lolapps, developer of popular games played by about 150 million people around the world.

The games developer had transmitted user data, something prohibited by Facebook's contract. In addition, developers cannot disclose user information to ad networks and data brokers, said Mike Vernal, a member of the engineering team, at Facebook, in a company blog on Sunday.

"We take strong measures to enforce this policy, including suspending and disabling applications that violate it," he said.

Lolapps discovered Facebook was serious about this policy when the company -- alerted, perhaps, by a Wall Street Journal investigation into alleged sharing of Facebook user IDs to independent ad networks and Internet tracking services such as RapLeaf -- shut down the company's popular games including Critter Island, Diva Life, Band of Heroes, Yakuza Lords, and Facebook versions of Dante's Inferno and Champions Online.

"It has been a big weekend in the news for privacy and Facebook applications. As [Sunday's] Facebook developer blog post states, 'In most cases, developers did not intend to pass this information, but did so because of the technical details of how browsers work.' This statement applies to Lolapps," wrote Arjun Sethi, CEO of Lolapps, in a blog Monday.

"When we were informed of the issue the relationship that put us into this category was immediately dissolved. Since Lolapps was founded in 2008, we have always been committed to Facebook's platform policies and will continue to be as we grow," he said. "The entire team here wants our 150 million users to know that we are sorry they had to go without their favorite Lolapps games and applications."

Earlier this year, Facebook came under attack from several advocacy and privacy groups after the social networking giant changed its policies, making it more complex for users to protect their data. Before launching Facebook Places in August, the company reached out to organizations such as the Center for Democracy and Technology to make sure it addressed privacy issues.