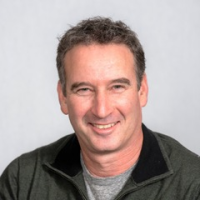 The makers of malware have realized that if they're going to invest time and money in compromising cyber defenses, they should do everything they can to monetize their achievement.

Diversification is a well-understood business principle. Nordstrom, for example, started as a shoe store — but then its founders figured out they could generate more revenue by also offering clothing. Following that came jewelry, handbags, accessories, and in-store restaurants, and the rest is history. This same evolution has occurred across countless companies and industries, from Amazon.com (started with books) to General Foods (corn flakes).

And now, we're seeing the same dynamic with cybercrime. Malware engineers have figured out that if they're going to invest time and money in compromising cyber defenses, they ought to do everything they can to monetize their achievement to the max. This has given rise to the growing presence of multi-intent malware.

Multi-Intent, Multibusiness
It's no secret that malware today is mostly machine-driven, requiring minimal human touch. Creating malware in modern times requires little more than simply expressing your malicious intent (say, cryptomining), and the machine does the rest. What is relatively new, however, is that malware makers are now expressing multiple intents, which has led to the emergence of multi-intent malware. Just like Nordstrom increased the return on investment in each store by offering diverse merchandise instead of just shoes, malware creators are diversifying their businesses with multi-intent malware, where a single successful compromise can open up multiple streams of revenue.

Typically, this class of malware will begin by executing one malicious intent (e.g., cryptomining), and once it has maximized the revenue from that channel, it moves onto others (say, ransomware). It does this until it has exhausted all of the malicious intents it was designed to execute on a network or host.

Another particularly insidious feature of multi-intent malware is the ability to evaluate "business opportunities" and react accordingly. For example, if it identifies sensitive information, it can make decisions on whether to encrypt the data for a ransomware attack or exfiltrate it as a data breach. If the data does not seem particularly interesting, the malware can also choose to enslave the host as a bot, or identify if it has enough computing power for cryptomining, etc.

This class of malware effectively conducts "business research" to understand the greatest revenue potential for each compromised asset, and then acts accordingly. The malware owners may even decide there is more money to be made by reselling (or renting) the malware with the compromised hosts, based on cybercriminals' needs. For example, they may offer cryptomining as a one-month "rental," and then rent the malware to another buyer in need of ransomware. For maximum ROI and efficiency, they may even sell or rent the malware to multiple cybercriminals simultaneously.

One recent high-profile example of multi-intent malware was Xbash, which not only included ransomware, cryptominers, botnets, and worms but also conducted reconnaissance through port scanning to identify easily compromised assets within the host organization. To evade detection, this class of malware typically starts by executing the malicious intents that are more difficult to detect (e.g., cryptominers), and then moves into the ones where the malware must expose itself (e.g., ransomware activation).

Defense Strategy
The key to detecting multi-intent malware is to understand what it's trying to achieve. This is done through intent classification. Unfortunately, this is still a largely manual process where humans must analyze suspicious files or behavior, which simply can't keep pace with the rapid volume and variety of machine-generated attacks. However, we are seeing some new approaches to intent classification automation. Two particularly promising areas include:

These technologies are gaining prominence in the war against malware because of their ability to classify intent orders-of-magnitude faster than is possible with manual processes. In the case of multi-intent malware, they help organizations detect, prioritize, and remediate the malware early in the "diversification process," so they can put it out of business before it has the opportunity to open multiple revenue streams.

Avi Chesla is CEO and Founder of empow, developer of the i-SIEM. Prior to empow, Avi was CTO at Radware, where he was responsible for defining and leading the company's strategic technology roadmap and vision including the foundation and management of Radware's Security ... View Full Bio