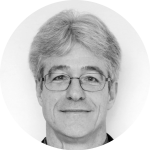 What's This?
The number of signed domain names has grown considerably over the past two and a half years but some sectors are heavily lagging behind.

DNSSEC is short for Domain Name System Security Extensions. It is a set of extensions that add extra security to the DNS protocol. This is done by enabling the validation of DNS requests, which is specifically effective against DNS spoofing attacks. DNSSEC provides the DNS records with a digital signature, so the resolver can check if the content is authentic.

My reason for writing this post was a recent SIDN report that concluded that the DNSSEC security status in the Netherlands left a lot to be desired.  The banking sector, ISPs, and others were lagging behind, according to the report. That’s especially true in comparison to the government sector, which has to be fully compliant by the end of 2017 and is now at a level of 59% of all domain names required to be cryptographically secured and signed.

The investigation only looked at .nl domains, so companies of a more international nature, that might be using other Top Level Domains (TLDs), were not included in the research. Let’s hope that companies of this nature are more advanced in this regard. On a grand total of approximately 5.7 million domains, 46% were signed.

Additional security
Not only is DNSSEC a security feature by itself, it also provides a platform for additional features like:

DANE is a protocol that allows Transport Layer Security (TLS) certificates to be bound to Domain Name System (DNS) names. It is considered a major step forward in security, notably after the breach of some Certificate Authorities (CA) providers, which meant any CA could issue a certificate for any domain name. This is why we say that the green padlock is required, but not enough. Going forward it’s important to know that all the popular browsers support DNSSEC, and most of them support DANE (for some browsers you may need a plug-in), so implementation of this extra security should put a major dent in the possibilities for DNS spoofing.

Conclusions
Personally I was surprised, almost shocked, to find out that only 6% of the banking sites had their domains signed, the worst of all the investigated groups of domains. This is especially worrying because of the recent progression from physical to on-line banking. The percentage for all financial corporations was at 16%. Other sectors where we would expect better figures:

The only group scoring somewhat satisfactory results were government sites at 59%, pushed by regulations that require compliance by the end of this year (2017).

Even though the number of signed domain names has grown considerably over the past two and a half years (the previous report on this subject), some sectors are heavily lagging behind - in particular some sectors where we would hope and expect otherwise.

If you have any similar figures about these numbers in your country, comment in the original post on Malwarebytes Labs. I would like to make some comparisons.