What's This?
Internet of Things devices are more critically vulnerable to compromise in DDos attacks than ever before. Here's how to defend against them.

For over a year now, F5 Labs and our data partner, Loryka, have been monitoring the ongoing hunt by attackers to find vulnerable IoT devices they can compromise. In our first report, DDoS’s Newest Minions: IoT Devices, our research proved what many security experts had long suspected: IoT devices were highly vulnerable to exploit, the level of interest in exploiting them was high, and distributed denial-of-service (DDoS) attacks using these devices were already occurring. Our findings and conclusions in Volume 1 rang true, and the new numbers show even steeper growth than we had imagined. 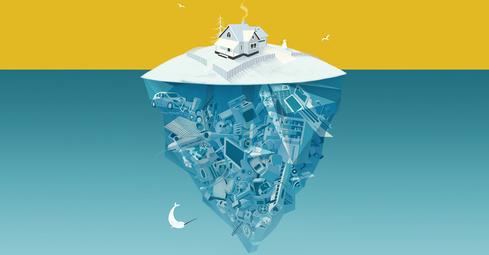 Beyond just “getting used to it,” here are some steps security professionals can take, both personally and professionally:

Ensure Critical Services Have Redundancy
Consider that you are not always going to be the target, but the services you use could be, in which case you are a potential downstream casualty. Have a business continuity plan that includes disaster recovery for your critical services so you don’t find yourself in the same boat as Twitter, Github, and Spotify when Dyn DNS suffered a DDoS attack—or any other company that solely leveraged OVH for hosting and was down when their network was attacked. Have a dual strategy in place (or even a multi strategy, in the case of DNS) to protect yourself. Remember that DNS can be your friend, too; Anycast your global data centers for replicated content to diffuse DDoS attacks when they happen.

Don’t Buy IoT Products Known To Be Insecure or Compromised
Money talks! Choosing not to spend money on the products built by irresponsible manufacturers is a quick way to drive change, at both a grassroots level personally with consumer products that become weapons against your business, and professionally if you are an IoT implementer.

If you are a company that deploys but does not manufacture IoT devices, test and verify the safety of a vendor’s products before you buy them.

If you are a security professional, the general public needs help knowing which devices are vulnerable or compromised, so share your knowledge with your family and friends and encourage them to share, as well. Social media is a powerful tool. So is security awareness training for your employees.

Share Your Knowledge.
Security professionals around the world can chip away at this global problem by communicating more with each other and sharing knowledge. Attackers are known for sharing information with each other; they even shared the most powerful botnet to date! Security professionals—even among competitors—need to take a page from attackers’ playbooks by sharing more key information about vulnerable devices, attacks and threat actors, mitigation efforts that are working, and potential solutions, no matter how wild the ideas might seem.