Learning, camaraderie, and fighting the good fight are just three reasons these women are trailblazing careers in InfoSec.

There have been a lot of articles lately, suggesting a variety of ways to get young women involved in tech. Some of these ideas sound like fantastic and creative ways to make the true appeal of a career in tech more broadly tempting. Some of them.... well, not so much. It got me thinking: What was it that actually drew women who have careers in InfoSec into this industry?

As a woman working in InfoSec for over a decade and a half, I’ve had the pleasure of becoming good friends with a number of other women in the field. It has occurred to me over the years how similar many of our stories are, both in terms of what attracted us to this industry, and of what we like and dislike about it now that we’re here.

For all of us, a career in security was not something we had planned; it was simply something we fell into and found it fit our skillset nicely. Each of us had an interest in computers long before joining this industry.

“For as long as I can remember my father preached that computers were the way of the future. I think I was writing programs and reporting defects in other people’s code long before I learned how to write in cursive,” one of my female colleagues told me. “By the time I was an adult, looking for flaws was second nature. Once I was given a chance to dabble in security I found I loved playing in that space as the ‘flaws’ were much more interesting.”

Our reasons for staying here have a lot of common themes too. Learning is a big part of that. Jeannette Jarvis, director of product management at McAfee, explained:  "You always get to learn something new, there is always something compelling to understand or address.  You can be really stretched in addressing some of the challenges you encounter."

There was also an element of helping others, as Shawna Turner, who leads a team providing information security for Nike, added: "At the end of the day you are helping build new solutions and helping people protect their valuables, which is always a good feeling." 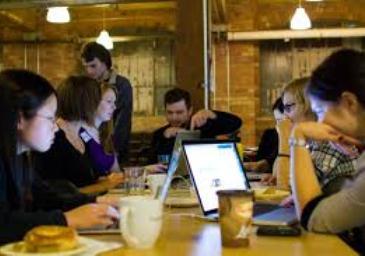 As you might expect, an industry full of people who are motivated by learning and helping others is one that is full of altruistic and creative people, which is a draw in and of itself.  Jarvis described it this way:

“You would be hard pressed to find more passionate and committed people than those working in InfoSec. It is truly a community, and they are all willing to share and educate each other. While folks may work for competitors, they can still break bread and be friends. I am privileged to have friends all over the world thanks to this industry. How priceless and cool is that?”

My own experience has been very much the same. It has been exceptionally heartening to be surrounded by such obsessively philanthropic people who will stick with a problem until they come up with an imaginative solution. We have all spent personal time, working nights and weekends, or even traveling around the world at short notice to help others when it’s needed. This sense of all "fighting the good fight" together leads to feeling that our colleagues are like an extended family.

But this obsessive fight against the "bad guys" can be its own sort of downside to working in the industry: “My least favorite aspect to the industry is that you never disconnect. There is always work to do. Additionally, it can be frustrating that you never seem to get ahead of the bad guys. It is very much a cat and mouse game. Oftentimes it seems like we are fighting a losing battle,” Jarvis noted, but “these least favorite aspects are far outweighed by the pros of working in InfoSec.”

As the technology industry struggles to draw in new talent to meet the ever-growing need for people who are security savvy, we will need to attract people from varied backgrounds. There are certain things that will draw people in, regardless of their genders, nationalities, or economic status.

The existing view of computer science and security focuses mainly on logic and problem solving, but this appeals only to a small subset of people. A career in InfoSec can offer the promise of a job that is not only stable and lucrative, but also one that offers camaraderie and the opportunity to help others. And all this happens in an environment that is dynamic and exciting, which is something most people can appreciate.