The shutdown of the federal government is not only affecting federal workers, but the websites that various departments run. Specifically, SSL certificates are not being renewed.

The shutdown of the US government -- the longest ever -- is starting to affect more than the 800,000 federal workers who have either been furloughed during this time or told to show up to work but without pay.

As a consequence of these locked-out workers not being at their posts, the SSL certificates used by various government websites that have expired have not been renewed. This lack of certificates can mean that sites or no longer reachable, or they are marked as insecure in their connections.

Sites including the US Justice Department, NASA -- not the main site but some subdomains such as https://rockettest.nasa.gov/ -- and the US Court of Appeals are affected by the lack of over 80 TLS certificates that are used on .gov domains.

The DoJ's https://ows2.usdoj.gov/ is a good example of the problem. Since the site is on Chromium's HTTP Strict Transport Security (HSTS) preload list, the website becomes inaccessible. This is because both Google Chrome and Mozilla Firefox will hide the button -- as HSTS calls for -- that enables users to temporarily ignore the warning about the lack of the TLS system and contact the website. 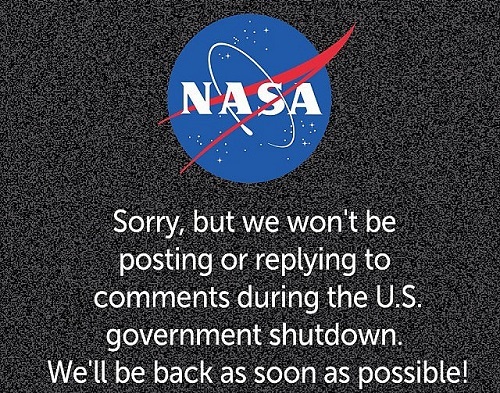 Other browsers generally use the Chrome preload list as the basis of their own preload lists, so there is no workaround for the HSTS situation on these sites by using other browsers.

GlobalSign notes in a company blog post that expiring TLS certificates can have negative consequences for an enterprise or a government agency. The list of issues includes:

Doug Beattie, GlobalSign's vice president of Product Management, also notes on the company's blog: "We predict that over 600 SSL Certificates currently securing a .gov domain due to expire in October will be potentially affected. To minimize the impact, current automated SSL Certificate life cycle management tools can help in terms of best practice when managing SSL reliance during unforeseen outages."

The shutdown also causes another kind of problem. The sites themselves, whether their certs have expired or not, may not be maintained. Inaccurate or outdated information is likely to be present along with a reduced functionality.

There is little question that the security of the .gov sites will suffer without a valid TLS certificate. In a blog, security vendor Netcraft notes that only a small proportion of .gov sites attempt to set an additional access policy through the Strict-Transport-Security HTTP header. Even if these policies are established they will not be obeyed when they are served alongside an expired certificate.

However, they may be effective if the user has already visited the sites.

With the government IT infrastructure unattended, the shutdown also presents a window for hostile actors to try and infiltrate the .gov infrastructure.

Despite the political arguments the shutdown represents, the practical effect of it is to lessen the security and well-being of anyone that uses the computer systems the government operates.