What is the IT security's responsibility when the business itself is intrinsically secure? The first step may be to point out the obvious.

IT security professionals have recently been talking about the importance of having "a seat at the table," that is, a voice in the corporate decision-making process. I've begun to doubt whether those professionals, or any other members of corporate management, fully appreciate what that seat could mean.

As a discipline, security is about protecting assets of every sort from dangers of every type. But what if... what if a portion of the organization -- or the organization itself, cannot be protected? What is security's responsibility then? 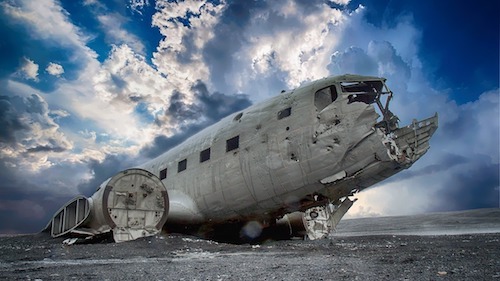 I was thinking about this recently as I listened to men, even older than myself, talking about the memories of a war long ended. As they discussed battles and action I was reminded of what little military strategy I've been taught. In strategy, positions and how to defend them are often discussed. In those discussions the hard truth is laid out: Some positions can't be defended.

Through geography or materiel, human resources or munitions, circumstances conspire to make certain positions so vulnerable to attack that there is no workable defense. And in those circumstances there's really only one option. Do not, under any circumstances, allow yourself to be caught in that position.

In business we like to believe that we're smart enough and the tools we wield so powerful that any position -- and circumstance -- can be successfully defended. It can be defended if only we apply enough discipline, intelligence, knowledge and technology. But it's possible that we're wrong.

Let's take a famous example, that of Equifax. Tens of thousands of words have been written looking for "what went wrong" at Equifax. Certainly there were mistakes and errors of process, procedure and action, but it's possible that that data would have been compromised at Equifax (or one of its competitors) even if those mistakes had not been made. Why? Because of the indefensible position.

The business in which Equifax finds itself requires vast stores of sensitive, personally identifiable information. Data comes into the system in huge streams and must be accessible, via applications and various products, to customers on a constant basis. It is possible that the business requirements (as the business currently exists) is impossible to truly secure. Today's question is whether there exists a CISO who could rise from their "seat at the table" and question the basic premise of the business.

I chose Equifax (and, by extension, the whole credit reporting industry) because it's very visible and has become hugely important. It's not alone in having some basic qualities that may make it impossible to protect. There are other important industries that share many of the same qualities and it's reasonable to ask whether those businesses are so important that any security breaches must be considered a reasonable cost of doing business.

If security is to take its place around the table in the executive suite then security leaders must be ready to talk about the most basic business issues. One of those issues has to be whether the organization has occupied an indefensible position -- and if it has, what to do about the horde rapidly advancing on all fronts.