A recent report from Microsoft shows that the number of scams using tech support as a cover is on the increase. However, many times it's up to consumers and companies to protect themselves.

Scammers using the cover of a tech consultant have been around since computers first connected to the Internet. The specific scams have undergone changes and evolution, but fraudsters still find it easier to manipulate the person in front of the machine than the machine itself in their nefarious pursuits.

Microsoft Customer Support Services has noted that it had received 153,000 reports from customers who encountered, or fell victim to, tech support scams in 2017, which is a 24% growth from the previous year.

Since the reports originated in 183 countries, this is a global problem.

Additionally, about 15% of these customers lost money during the scam, which usually cost them between $200 and $400. But the loss can be a much greater amount. In fact, Microsoft detailed how it received a report of a scammer who emptied a bank account of 89,000 euros ($109,000) during a tech support scam in the Netherlands which occurred in December 2017. 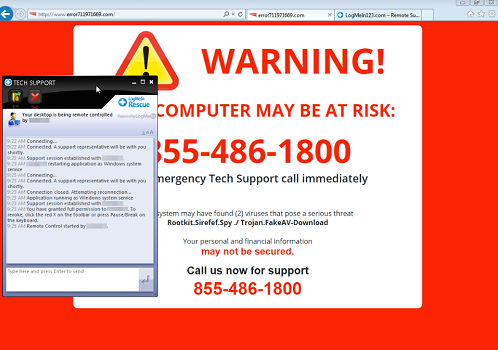 Microsoft admits that it's hard to put an absolute number to the scale of the problem. All that the company can see is the reports that come to Redmond. But, the problem is larger just than what researchers see since it affects customers of various other devices, platforms or software.

Microsoft found that most of the scams show common social engineering techniques to entrap the victim.

All of these social engineering methods have the same end goal of getting victims to contact a call center that is run by the scammers.

Usually, a fake technician will then try to convince the victim that there is some sort of problem with their device. They present it as an urgent problem that needs immediate action. Then they will get the victim to install a remote administration tool (RAT), which then gives the scammers control over the victim's device.

The control the scammers gain is then used to show fake errors or events on the device, which are then used as "evidence" that the victim needs to pay the scammers in order to stop the problem.

Microsoft thinks that customer education will help. The company publicizes some of the more common tell-tale signs, such as normal error and warning messages do not have phone numbers and that most vendors don't make unsolicited phone calls to fix a device.

The company also realizes that the scale and complexity of tech support scams require "cooperation and broad partnerships across the industry." However, Redmond doesn't provide any specifics on how it will gain these partnerships.

It's up to users to educate themselves so that they don't fall victim to these kinds of ploys, even when they are presented with the seeming authority of a tech person endorsing them.