Insider threats, whether it's an employee with malicious intent or a worker is simply careless, can cost enterprises more than $8 million over the course of 12 months to clean up, according to a new report.

Insider threats, whether it's an employee looking to steal data to sell or simply a case of worker carelessness or neglect, are costing enterprises more and more money every year to clean up, according to a new report.

Specifically, enterprises are spending on average about $8.76 million during the course of a 12-month period to clean up from the damage that an insider security threat can cause.

It usually takes about two months to clean up from one of these incidents.

These and other findings are contained in a report "2018 Cost of Insider Threats: Global Organizations," conducted by the Ponemon Institute and sponsored by ObserveIT, a startup that specializes in employee monitoring and behavior analytics software for enterprise. 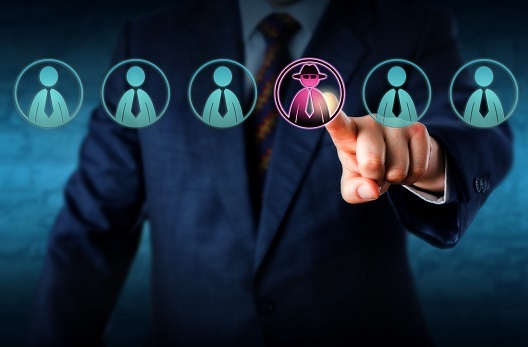 The study, released on April 24, is based on interviews with 717 securities practitioners from around the world, who reported more than 3,200 insider incidents over the course of the past year.

While outsider attacks, such as Advanced Persistent Threats (APTs), which are usually conducted by nation-states involved in espionage, draw the most attention, the report is a reminder to enterprises that some of the biggest threats are lurking around the cubicle corner of every office. (See APTs Are Rising in the East, Kaspersky Finds.)

For instance, in the past week, SunTrust Bank of Atlanta has started an investigation into whether a former employee possibly took personal data from customers. Overall, the company had to notify about $1.5 million customers of the possible theft, and offer credit monitoring. (See SunTrust Investigation Shows Continuing Threats Posed by Insiders.)

Over the last two years, insider threat clean-up costs increased over 100% from $4.3 million to the $8.76 million figure found in the last report. (The original 2016 Ponemon report only included US costs, while the new one released this month included global numbers.)

Since 2016, Ponemon estimates that the number of security incidents involving employee or contractor negligence has increased by 26%. At the same time, malicious or criminal intent, like the possible theft SunTrust in investigating, increased by nearly 53%.

Despite the rise in malicious insider attacks, it's still the negligent insider who is the cause of most security problems, with 64% of incidents related to carelessness and 23% tied to nefarious activities.

"The careless insider is frequently caused by employees or contractors who are simply trying to bypass broken or undocumented business practices to better accomplish their task, without regard for the potential ramifications of exposing internal data in inappropriate ways," ObserveIT CEO Mike McKee wrote in an email to Security Now.

"The malicious insider, however, is actively working to better understand your internal cybersecurity defenses and processes and how best to bypass them in order to avoid detection/prevention," McKee added. "The result of the insider threat and ultimate costs (value of data, lost productivity, fines, etc.) are often more complex and much higher than the careless insider case."

The biggest problem with insider threats is the loss or theft of company credentials. In fact the number of these incidents has doubled over the past two years, increasing by a staggering 170%, according to Ponemon.

In addition, size matters. Enterprises with more than 75,000 employees spent $20 million over the last year to resolve insider security lapses. Those companies with less than 500 workers spent about $1.8 million.

McKee added that regulations, such as the European Union's General Data Protection Regulation (GDPR) and US privacy laws, are also increasing costs to enterprises when it comes to insider clean-up. (See GDPR Compliance: Enterprises Have Two Options to Consider.)

Unsurprisingly, financial services spent the most on average to fix insider problems. On average it cost these enterprises about $12 million to resolve. Energy and utilities spent about $10 million and retail shelled out $8.8 million.

Finally, the report notes that large businesses in North America spent on average about $11 million last year to resolve these issues. That's more than enterprises in Asia-Pacific -- $5.9 million -- and Europe and the Middle East -- $7 million.

How Machine Learning, AI & Deep Learning Improve CybersecurityMachine intelligence is influencing all aspects of cybersecurity. Organizations are implementing AI-based security to analyze event data using ML models that identify attack patterns and increase automation. Before security teams can take advantage of AI and ML tools, they need to know what is possible. This report covers: -How to assess the vendor's AI/ML claims -Defining success criteria for AI/ML implementations -Challenges when implementing AI
Download This Issue!

Bug Report
Enterprise Vulnerabilities
From DHS/US-CERT's National Vulnerability Database CVE-2022-42003PUBLISHED: 2022-10-02
In FasterXML jackson-databind before 2.14.0-rc1, resource exhaustion can occur because of a lack of a check in primitive value deserializers to avoid deep wrapper array nesting, when the UNWRAP_SINGLE_VALUE_ARRAYS feature is enabled.
CVE-2022-42004PUBLISHED: 2022-10-02
In FasterXML jackson-databind before 2.13.4, resource exhaustion can occur because of a lack of a check in BeanDeserializer._deserializeFromArray to prevent use of deeply nested arrays. An application is vulnerable only with certain customized choices for deserialization.
CVE-2022-42002PUBLISHED: 2022-10-01
SonicJS through 0.6.0 allows file overwrite. It has the following mutations that are used for updating files: fileCreate and fileUpdate. Both of these mutations can be called without any authentication to overwrite any files on a SonicJS application, leading to Arbitrary File Write and Delete.
CVE-2022-39268PUBLISHED: 2022-09-30
### Impact In a CSRF attack, an innocent end user is tricked by an attacker into submitting a web request that they did not intend. This may cause actions to be performed on the website that can include inadvertent client or server data leakage, change of session state, or manipulation of an end use...
CVE-2022-34428PUBLISHED: 2022-09-30
Dell Hybrid Client prior to version 1.8 contains a Regular Expression Denial of Service Vulnerability in the UI. An adversary with WMS group admin access could potentially exploit this vulnerability, leading to temporary denial-of-service.