A group of four researchers from Graz University of Technology have published a paper that describes a network-based CPU attack that mimics Spectre v1 (CVE-2017-5753). It does not require that any hosting code be present on a victim machine.

The researchers published the paper, "NetSpectre: Read Arbitrary Memory over Network," earlier this month but they did give Intel time to respond to their results.

Currently, only 15 bits an hour can be exfiltrated from a CPU cache. But the authors also managed to get four times that amount out -- 60 bits/hour -- by focusing on the AVX2 module which only Intel CPUs use.

CPUs that are vulnerable to Spectre v1 are thought to be affected by the NetSpectre attack as well. The researchers found ARM processors are also vulnerable to this technique, so the issue goes beyond Intel's chips. 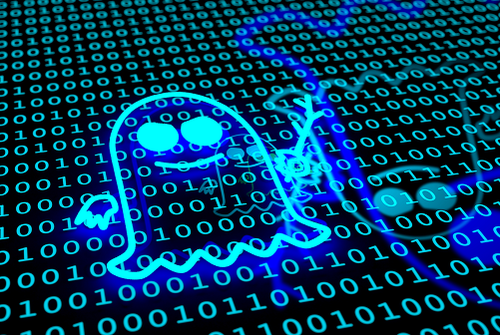 The researchers also found the Google cloud to be vulnerable to the attack.

NetSpectre is an access-driven remote Evict+Reload cache attack. It does not use a cache covert channel as Spectre does.

The university team used a technique that they call value-thresholding, which leaks a secret value without the typical bit selection mechanisms. With it, an attacker only needs to send a series of crafted requests to the victim and measures the response time in order to leak a secret value from the victim's memory.

The researchers found that it is possible for an attacker to distinguish cache hits and misses on specific cache lines remotely, by measuring and averaging over a large number of measurements.

Additionally, the researchers found that weaker forms of local Spectre attacks, which are considered to be incapable of leaking actual data, end up as very powerful in remote Spectre attacks. These can enable remote address space layout randomization (ASLR) breaks without any code execution on the device.

ASLR is a widely used defense mechanism that randomizes virtually all addresses in the memory space.

It was found that breaking ASLR could take up to two hours of flooding the device with requests.

One uses distributed denial of service (DDoS) protection on the network, as thousands of multiple identical packets would be sent from the same source in the attack.

However, the attacker can vary the speed at which bits are leaked by reducing the packets sent to a level below the threshold that the DDoS monitoring (or IDS monitoring) can detect.

Another way is to add artificial noise to the network latency. This would make an attacker perform more measurements to get leakage.

As the researchers note: "Both approaches may mitigate NetSpectre attacks in practice. However, as attackers can adapt and improve attacks, it is not safe to assume that noise levels and monitoring thresholds chosen now will still be valid in the near future."

As of the moment, however, this is a low-yield and not very productive attack. Still, like Rowhammer, improvements to how it is done will happen over time as attackers' interest is piqued. (See Throwhammer & Nethhammer Show How Chips Are Vulnerable to Bit Flips.)

Security experts are warning businesses to be aware that more of these attacks are being discovered.

"Although, in practice, the threat of this new evolution of the Spectre vulnerability being exploited is low, it is something to continue watching. Researchers continue to find flaws that could potentially lead to remote code execution in the future and security companies and practitioners need to continue to keep up-to-date with the latest research and mitigation techniques," Dan Hubbard, chief security architect at Lacework, which provides cloud security tools, wrote in an email to Security Now.