Researchers from the University of Texas at San Antonio have shown it's possible to exfiltrate data from a smart-bulb system. But there's no need to go back to candles just yet.

There are times when a threat model does not allow for unusual enabling devices, but a smart light bulb is not thought of as being one of them.

But two researchers from the University of Texas at San Antonio have shown that it is possible to exfiltrate information from an air-gapped system through their use.

There are some assumptions made in this work.

First, they assume the bulb (like a LIFX or a Phillips Hue) has a multimedia-visualization function enabled that is intended for use in conjunction with a song or video playing on a nearby media player. The intended result is a a vibrant lighting effect that synchronizes with the tones present in the audio or the dominant colors in the video stream, respectively.

This is what used to be called a "color organ" back in the day. 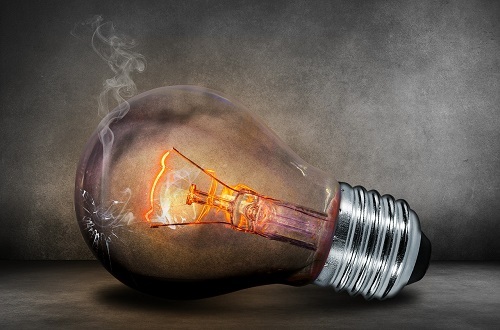 They found that audio-visualizing applications (which are separate from the bulb and use an on-device microphone) will transmit approximately 10 packets to the bulb per second, and video-visualizing applications transmit approximately 1 packet per second. Communication in the case of the LIFX bulbs happens with an 802.11 access point, whereas the Phillips Hue bulb employs 802.15.4 (Zigbee) protocol to communicate with the mobile app.

If the bulb also has an infrared capability (like the LIFX+), they show how it can be used to create a covert channel that can exfiltrate a user's private data out of his/her secured personal device or the network to which it is assumed to be connected. (The adversary is assumed to have infrared sensing capability, of course.)

For infrared exfiltration, the adversary also needs to insert some kind of malware which encodes private data from the target device and then feeds it to the smart light bulbs. This is a non-trivial part of the exploit that is assumed to be operational in order to get any actual exfiltration of data happening. Design of this software is left as an exercise for the reader.

Both indoor and outdoor receptors with optical lenses were used by the researchers to test the feasibility of the exploits. Indoor receptors gave more correct results, but acceptable results were seen even with the higher error rates of outdoor sensors.

But as the researchers state, "infrared-enabled smart lights can act as a superior data exfiltration gateway because (a) they have fine-grained control of brightness/intensity, which can be used to design communication protocols that achieve higher throughput, (b) they are brighter than LED indicators found on computers and routers, increasing the possibility of data reconstruction from a longer distance, and (c) the adversary does not have to surreptitiously place any additional malicious hardware in the target area (i.e., in addition to the smart light already installed by the user)."

So, the takeaway from all of this is simple. A smart bulb can be a data leak. It's a ubiquitous device that has to be considered when security models are developed.