The rise of schemes targeting cryptocurrencies is starting to raise concerns about blockchain security, according to a new study conducted by McAfee.\r\n

Over the first six months of this year, cybercrimes involving cryptocurrency have overtaken ransomware as the biggest current threat facing enterprise security professionals, whether it's attackers planting malware on devices to mine the virtual currency or any number of cryptojacking schemes.

This trend has also started to get some wondering about the security of blockchain.

Blockchain itself remains a relatively new technology, but one that is finding its way from cryptocurrency, where it first gained popularity with Bitcoin, into the enterprise, including new uses in insurance, education, supply chain, healthcare and other areas. (See Unknown Document 735598.)

Now, however, cybercriminals are finding new ways to use blockchain, and thus cryptocurrency, to help advance various money-making schemes and cyberattacks, according to a report released earlier this month by McAfee dubbed "Blockchain Threat Report." 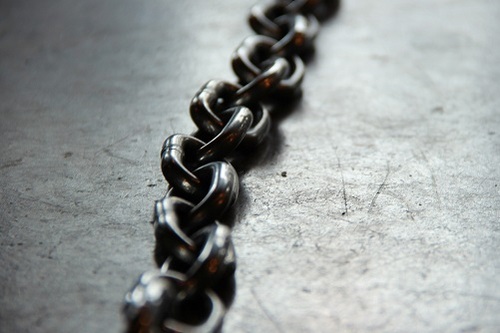 While mainly focused on cryptocurrency scams -- the report finds that coin miner malware grew 629% during the first quarter of 2018 -- the study also shows some of the dangers inherent in blockchain.

"Bad actors have already targeted many blockchain implementations using social engineering, malware, and exploits," according to the report.

Blockchain is a distributed database or ledger that can be used to track ownership of digital or physical objects, which makes the technology valuable to not only cryptocurrencies, but also a number of fields. It has also become attractive to cybercrimianls.

"Any type of transaction in the world is subject to flaws at some point in the process," Steve Povolny, head of Advanced Threat Research at McAfee, wrote in an email to Security Now. He added:

The concept behind Blockchain simply presents a new method for multiple parties to agree on a transaction, with the backing of a large community of contributors to validate. This removes some of the weaknesses present in standard legacy transactions, where one independent party is responsible and accountable for the management of the transaction. It also brings with it security issues that are part of the growing pains associated with groundbreaking ideas.

Since the start of 2018, the increase in cryptomining malware and cryptojacking has been well-documented, but the McAfee report specifies that cryptocurrency and blockchain are susceptible to four different kinds of attacks: phishing or fraud schemes, malware, implementation exploits, and technology vulnerabilities. (See Cryptomining Malware, Cryptojacking Remain Top Security Threats.)

And these attacks are getting bigger and affecting more than individual investors.

Earlier this year, McAfee reported on an attack again Coincheck, one of the largest crypocurrency exchanges in Japan, which affected over 260,000 investors with losses totaling $532 million.

Another attack earlier this month aimed at a South Korean exchange didn't result in as large of losses, but it did send the price of Bitcoin and other virtual currencies plummeting for a short time. (See Bitcoin & Other Cryptocurrency Prices in Flux Following Hack.)

These various cyberattacks have some companies rethinking their approaches to cryptocurrency. For instance, Google and Apple have each issued new guidelines to developers that will ban cryptomining software and extensions from their respective app stores. (See iOS App Store Guidelines Effectively Ban Cryptomining.)

As enterprises develop new ways to use blockchain technologies, Povolny notes that the industry should take note of the cybersecurity lessons the cryptocurrency markets have started to learn over the last several months.

"The lessons we have learned here apply to every vertical of implementation for blockchain," Povolny noted. "While disruption or theft of cryptocurrency is obviously concerning, the consequences of improper security in other industries could be even more significant. The best thing we can do is educate and adapt... If we can learn from the mistakes that we've observed, I believe this is a technology that will fundamentally revolutionize the concepts of trust and transactions and provide a level of visibility and accountability that has been badly needed."