Facebook and CEO Mark Zuckerberg are rightly taking a lot of heat from the fallout over Cambridge Analytica and the firm's use of social media data. However, other businesses, as well as users, need to take some responsibility as well.

Facebook and its privacy practices has been at the top of this week's news cycles as the realization of what went on, starting in 2014 and continuing through the 2016 presidential election, has finally dawned on the general public.

The social media giant, along with CEO Mark Zuckerberg, has been accused of all sorts of malfeasance by the denizens of the Internet, the press and even the US government.

There's a real underlying problem here, though. It's the Facebook users themselves that let all of this happen.

It's not new news that Facebook data has been mined for political purposes before this. The Obama campaign did so quite effectively in 2012. 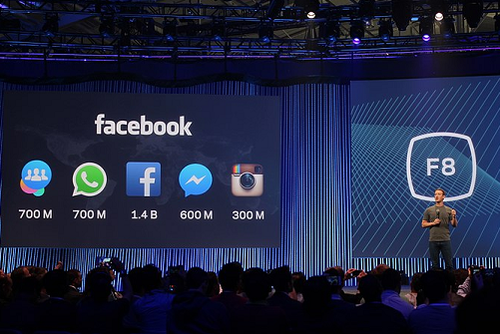 What sets this apart is that a third-party app was able to figure out the private data of the friends of whoever was using that app. This is something that Facebook claimed in 2011, as part of a consent order with the US Federal Trade Commission that it would not allow for commercial use.

There seems to have been an exception for academic use, which was exploited by a Russian-connected academic turned around and who sold that data to a third party -- the shell company Cambridge Analytica -- in violation of Facebook policies. (See How to Access the Voter Information Dirt Cambridge Analytica Has on You.)

Facebook has a primary business model of providing data on its users to commercial interests, who then buy advertising that is targeted to these users based on this data. It's how Facebook lives. In return, it allows users to have certain abilities on its system -- such as posting and sharing things -- but then watches what they actually do and then tells advertisers about it.

Users who are not aware that this happens have their heads buried in the sand in denial. Information of any sort they give to Facebook -- directly or indirectly -- can be exploited by Facebook for their benefit in some manner.

And it's not only Facebook that has this as a business model. Your Internet service provider (ISP) can do the same thing -- selling a list of which sites you connect to interested advertisers.

Any broadband connection you use can detail information to others about what you are doing on the Internet. Yes, I'm looking at you, cable TV.

And let's not forget about Google, which has been snickering in the background while Facebook has been getting all the heat. The "Don't Be Evil" firm sort of invented the game here.

So, what can be done in a practical manner to stop Facebook from somehow spewing out things you don't want out?

One section is called Apps. There are choices there that allow deletion of apps that can use your information -- or the information of your friends -- for their own purposes. One might delete them all if one wanted to. This privacy granularity wasn't available in quite the same way to users in 2014, but it is now.

Attention to these settings could have stopped the Russian-linked academic in 2014. Changing them now might stop someone else who doesn't care about what Facebook policies are, but just wants the data.

In the end, you are always responsible for your own data. Don't blame Facebook for not being your data nanny. Take back control of your own digital life.