Cryptojacking is all the rage right now among bad actors. However, it's not only smartphones that are being targeted, but enterprise data centers as well. Here's how security teams can protect their infrastructure.

It's a fact of life in the digital age: No sooner does an Internet-enabled concept become the "next big thing" than armies of bad actors rise up to exploit it for illicit gains.

The latest example is cryptocurrency, which has evolved quickly from the secretive tender of the Dark Web to a darling of hedge funds and legitimate investors.

The explosion of currencies and their fast-profit potential have given rise to the phenomenon of cryptojacking -- the commandeering of systems to harvest their compute power and electricity to mine cryptocurrency. A study reported in Newsweek estimated that about a half-billion computers are currently mining cryptocurrencies without their owners' knowledge.

Though the players are mysterious, the reasons for their rise are not. 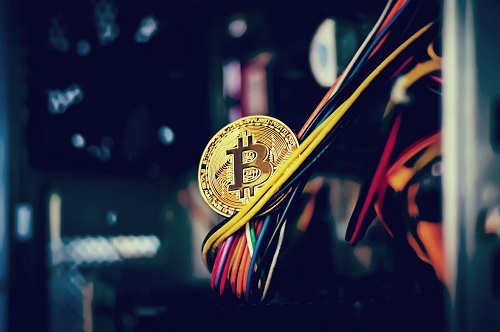 Barriers to entry are extremely low. Cryptomining software toolkits are available online for as little as $30. The coding is not particularly complicated. And while cryptocurrency values can swing wildly in a single day, the profit potential at the high end is undeniably appealing. (See Cryptocurrency Crime: The Internet's New Wild West.)

There are two prevalent forms of cryptojacking.

The one that has garnered more attention is the takeover of end-user devices through browser-based attacks using infected websites or adware. The second type, which is now becoming more common, is the infiltration and injection of mining code into data center servers. These attacks notably target large telcos, ISPs, midsized enterprises, as well as state and local government agencies.

The impact on unwitting victims amounts to "death by a thousand cuts" -- subtle nuisances that individually may not mean much but collectively can be very damaging and expensive. As cryptojackers consume computing resources, users will likely notice a slowdown of legitimate processes and higher electricity bills due to inflated CPU usage. Users may pay for hardware and software upgrades they wouldn't otherwise need when they start having performance issues. And if a breach becomes public or affects customer service, it can do lasting brand damage.

The growing movement of attackers from end users to enterprises is understandable.

It's more efficient -- a single attack on a data center can provide access to far more compute power than multiple endpoint attacks. Once the attack has breached perimeter defenses, it can move alongside lateral traffic, where security teams usually have little to no visibility, and go undetected for months, harnessing network servers into botnets. Attackers manage to stay below the radar and maximize dwell time by consuming only as much compute power as they need.

Since 2016, researchers at GuardiCore Labs have seen a spike in enterprise data center cryptomining campaigns, and discovered four prominent examples: PhotoMiner, Bondnet, Hexmen and Operation Prowli. These discoveries illuminate several cryptojacking patterns now being deployed in these and other attack campaigns.

What do enterprises need to avoid falling victim to schemes like these?

First, visibility into data center activity down to the process level, combined with micro-segmentation for setting security policies around individual and logically grouped applications.

For cryptojackers, compute power is money. Be on the lookout for resource usage spikes, unexpected network connections and irregular activity, and set up a monitoring solution that can quickly spot lurking malware that has breached the firewall. Cryptojackers are the craftiest of cybercriminals. Security teams need to be just as clever to outsmart them.