The Pentagon is following a ruling by the FCC and concern from other government agencies, and is now discontinuing sales of Huawei and ZTE smartphones to DoD personnel.

The tough times for Huawei and ZTE in the US market are continuing.

On Wednesday, the Pentagon confirmed that it would discontinue selling Huawei and ZTE smartphones to Department of Defense personnel on military bases.

In a statement, a Pentagon spokesman cited national security concerns for discontinuing the smartphone sales.

"Huawei and ZTE devices may pose an unacceptable risk to Department's personnel, information and mission. In light of this information, it was not prudent for the Department's exchanges to continue selling them to DoD personnel," Pentagon spokesman Major Dave Eastburn wrote in a May 2 statement.

The move follows an announcement earlier this year from the chairman of the Federal Communications Commission that the agency would deny federal contracts and other funds to companies that posed a national security threat. Although not named, the ban is clearly aimed at Huawei, ZTE, as well as Russia's Kasperksy Labs. (See FCC Cites 'National Security' Concerns to Withhold Federal Contracts.) 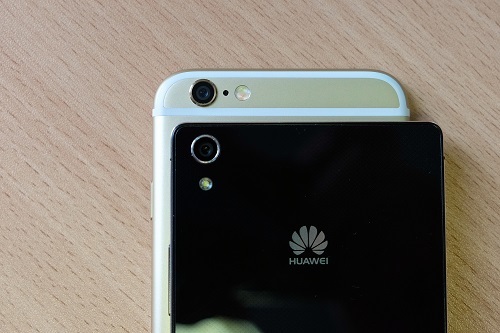 In addition, the Wall Street Journal reported that the US Justice Department is looking into allegations that Huawei violated US sanctions against Iran, although the report did not cite any specifics. (See Unknown Document 742572.)

In a statement to Bloomberg late Wednesday, Huawei noted that the company is "committed to openness and transparency in everything we do and want to be clear that no government has ever asked us to compromise the security or integrity of any of our networks or devices."

On May 3, Huawei sent a longer statement to Security Now:

Huawei's products are sold in 170 countries worldwide and meet the highest standards of security, privacy and engineering in every country we operate globally including the US. We remain committed to openness and transparency in everything we do and want to be clear that no government has ever asked us to compromise the security or integrity of any of our networks or devices. Huawei is an employee-owned company and will continue to develop its global business through a significant commitment to innovation and R&D as well as to delivering technology that helps our customers succeed.

For more details about the Pentagon, Huawei and ZTE, check out the expanded coverage on Light Reading.

Editor's Note: This story was updated to include an additional statement from Huawei.