Security researchers say it's unlikely the bad guys will mine for cryptocurrencies on your mobile device, but do expect them to try this other trick.

Cryptocurrency miner or pick pocketer, which would you choose?

When it comes to cryptocurrencies, cybercriminals are likely to favor stealing your Bitcoin, Ethereum, Monero or other forms of virtual currency from your mobile device, rather than using it to mine for cryptocurrencies, according to a recent IBM security blog post.

"Would a criminal rather steal a gold mine or a bucket of gold? Mining cryptocurrency is resource-intensive and only profitable when coins are mined at some point in the future. Stealing existing cryptocurrency is immediately profitable for cybercriminals, so if they have the ability, they're most likely to go straight for maximum profit," John Kuhn, senior threat researcher for IBM X-Force, told Security Now. 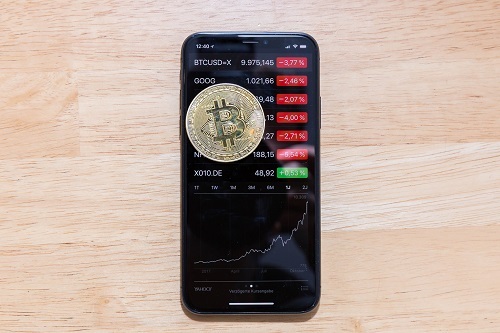 When you consider the processing power of the average mobile device and link it with the battery life that is running at 100%, it's not as attractive a platform for background coin mining, Brian Chappell, senior director of Enterprise & Solution Architecture at BeyondTrust, told Security Now.

"Users will quickly notice their device getting very hot and the battery running out, while they may not know why, it will raise suspicion and with business devices monitored by corporate MDM solutions, it's likely to be caught relatively quickly," Chappell adds. "It's also not providing a lot of return for the coin miner for the effort of maintaining the process."

Mobile madness
Attackers are increasingly becoming enamored with stealing cryptocurrencies via mobile devices, given it's a relatively easy pivot from trying to raid bank accounts through their handheld device, security experts note.

ExoBot, BankBot, Marcher and Mazar are the most common types of mobile malware targeting cryptocurrency, even though they started out by targeting banking apps, Kuhn said.

"It's an easy shift for cybercriminals to adapt malware to cryptocurrency, since many of the same concepts apply to traditional financial processes," he added.

Dialing up trouble
Cybercriminals are most likely delivering mobile malware through spear phishing campaigns sent by SMS messages and emails, Kuhn said, adding that it's very common to send mobile users to a malicious website that contains the malware masquerading as a legitimate program.

Once the malware detects that a program it is interested in is running, a fake overlay covers the legitimate software with the malicious one, Kuhn explains.

The malicious version then can record keystrokes to steal login and passwords as it's typed in and should two-factor authentication be needed, the malware can automatically pull the credentials needed directly from the SMS messaging service on the phone, Kuhn adds.

Users can take steps to minimize the potential of getting attacked. When an interface presents itself as a legitimate app, it's vitally important users pay attention to the types of approvals and access it is seeking, such as, does it want access to the phone system, for example, Chappell said.

"If you weren't expecting your digital wallet login screen to appear, close the app and open it again yourself. We all live very busy lives and we are bombarded with alerts and requests from our mobile devices, just be sure you pause before sharing credentials and allow yourself time to be confident it's the right app," he says.

The potential exists for other forms of mobile cryptocurrency attacks to arise, he notes.

"As vulnerabilities and security weaknesses are discovered on cryptocurrency exchanges and wallet software, attackers could potentially find a way to steal cryptocurrency with little or no user interaction," Kuhn predicts.