FreedomPop on Wednesday debuted a smartphone it says is the answer for users looking to hang up on would-be snoopers. The Privacy Phone, which FreedomPop has dubbed the "Snowden Phone," employs encryption to safeguard communications and a third-party browser to block tracking and circumvent the worst of the Web.

The Privacy Phone is actually a refurbished Samsung Galaxy S II (circa 2011) that runs Google's Android operating system (although FreedomPop didn't specify which version of Android). It costs a mere $189, with no contract required. As an MVNO that uses Sprint's network for calls and messaging, FreedomPop offers low-cost (sometimes even free) service.

Loaded with security software from Private Communications Corp., the Privacy Phone takes a two-pronged approach to shielding owners' privacy. First, the essential communications tools -- voice calls and text messages -- are encrypted. Rather than passing calls and messages over traditional voice networks, FreedomPop relies on Sprint's LTE data network and sends calls through the Internet using VoIP and its own VPN. In addition to the encryption, the phone makes contacts, call history, and text messages confidential, so if the device is lost no one can access that information. FreedomPop claims it can block unsolicited incoming calls and texts, and the company will allow owners to change their phone number as often as they want.

Second, all apps and Internet data on the Privacy Phone are also sent through a secure, encrypted VPN for anonymous Web browsing. The software, from Private Communications, manages all the permissions for apps and locks them down while also giving owners the option to loosen some of those restrictions when necessary. FreedomPop claims this allows the Privacy Phone to protect users against online marketers tracking Web activity, to defend against data monitoring, and to bypass website restrictions so users can connect to any site online. The tools also protect against viruses, malware, spyware, and phishing.

"In light of recent violations in consumer's privacy across social networks and mobile devices, privacy is becoming increasingly important to many Americans, and we all have a right to communicate anonymously," said FreedomPop COO Steven Sesar in a statement. "Large carriers don't have the flexibility, desire, or creativity to invest in privacy. We don't agree with this approach and felt it was up to us to create a truly private mobile phone service at an affordable price."

The phone is being sold at a rock-bottom price, and FreedomPop is offering early adopters three months of free service. The monthly plan includes unlimited voice and messaging as well as 500 MB of data. After the trial period ends, the monthly cost will go up to just $10. To further the appeal of its anonymous nature, FreedomPop is accepting payments in Bitcoin. 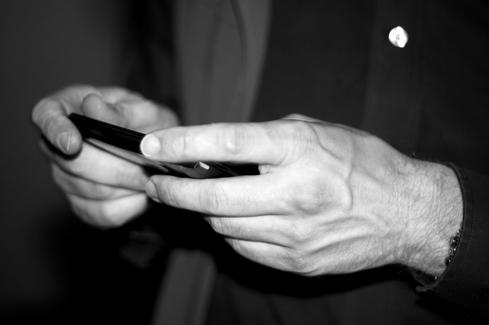 FreedomPop's effort follows closely on the heels of two other security-minded devices released in recent weeks. GeeksPhone fully revealed the Blackphone last month. The Blackphone runs a modified version of Google's Android platform called PrivatOS and is carrier- and vendor-independent. Geeksphone says it gives consumers and businesses control over their privacy. For example, the Blackphone, which uses security software from Silent Circle, can make and receive secure phone calls, exchange secure texts, transfer and store files, and video chat without compromising user privacy. Boeing also introduced a secure smartphone last month. Called the Boeing Black, the device will self-destruct if tampered with.

The devices come in the wake of Edward Snowden's revelations about the NSA and its mass data collection schemes, including details of voice calls made from cell phones. Surely some people value their privacy enough to plunk down cash for these secure smartphones. The tradeoffs, however, are unclear. Do all Android apps work on these phones, or do the security elements prevent many of them from functioning properly? Further, it's not clear how they might fit with individual business' security strategies and mobile device management tools.

Bottom line: Be sure to ask some hard questions before you pick up one of these secure smartphones.