A new paper shows that with the right amount of hardware and know-how, an attacker can spoof a vehicle's GPS system and change the route.

Researchers from Virginia Tech, the University of Electronic Science and Technology of China and Microsoft Research have come up with a way to mess with the GPS directional systems in a car. The type of spoofing attack means that a false route will supplant the one derived by the car's navigation system.

In their paper, "All Your GPS Are Belong To Us: Towards Stealthy Manipulation of Road Navigation Systems," the researchers outline how they did it. 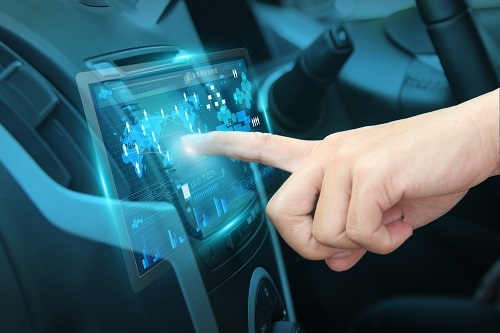 The goal for the researchers was to manipulate the turn-by-turn navigation and guide a victim to a wrong destination without being noticed. Most navigation systems display the "first-person" view which forces users to focus on the current road and the next turn.

However, the researchers found that if an attacker identifies an attacking route that mimics the shape of the route displayed on the map, it is possible to trigger navigation instructions that are consistent with the physical environment -- like triggering the "turning right" prompt only when there is an actual right-turn ahead -- to avoid alerting users.

The research did show that hardware is needed.

They came up with a $223 portable spoofer -- made up of a HackRF One-based frontend, a Raspberry Pi, a portable power source and an antenna -- that could penetrate the car body to take control of the GPS navigation system.

The research found that the effective spoofing range is 40 to 50 meters and the target device can consistently latch onto the false signals without lost connections.

They also came up with an algorithm the crafts the GPS inputs to the target device such that the triggered navigation instruction and displayed routes on the map remain consistent with the physical road network. It was evaluated using real-world taxi driving traces from New York City and Boston.

The group also found that the attack works for small cities, but yields fewer options for an attacker.

There are limitations in how this attack works.

To ensure a stealthy attack, researchers had to compromise on other factors.

For example, the effectiveness of the attack would be decreased in suburb or rural area with sparse road structures. Also, even the researchers say that the attack does not work on all users. They think that the general population would be more susceptible compared to tech-savvy users.

The research was also limited by its structure. The study was only tested on one route, and the route did not contain wrong-ways or loops. In practice, once users enter the wrong way, they may recognize the attack.

In addition, since the attackers had to analyze the area the user was going to enter beforehand, this was not a real-time attack that updated itself on the fly. It would take some massive changes in how this attack is done to be real time, but this version does show how real-time attacks could be possible.

The attack described in the paper shows the weaknesses inherent in a GPS-based navigation system, however. It points out what changes are needed, including upgrading civilian GPS systems, trusted ground infrastructures and computer vision techniques to automatically cross-examine physical-world landmarks, and the like, to assure future attacks can be mitigated.