Researchers have successfully simulated an attack on an electrical power grid that employs IoT devices to trigger a blackout.

The electrical power grid of the US has been a hot topic in security circles as of late. The Department of Homeland Security, along with the FBI, has even issued an alert about Russian hacking of energy sector industrial control systems.

The threat model has been one focusing on the control systems that maintain the production facilities that are involved in energy creation. But we may have been looking at the wrong things, according to three Princeton researchers.

At the 27th USENIX Security Symposium, the researchers describe a new kind of attack to the grid that uses compromised high-wattage IoT devices to do the dirty work. WiFi-enabled heaters and air conditioners (which may use 1,500 to 5,000 watts each) are the kind of devices the researchers see as soon becoming ubiquitous.

As they put it, "An important characteristic of [these] attacks is that unlike most of previous attacks on the power grid, they do not target the power grid's Supervisory Control And Data Acquisitions (SCADA) system but rather the loads that are much less protected as in load-altering attacks." 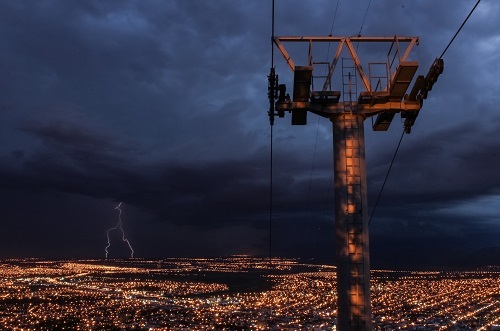 These high-wattage devices can be the basis of a manipulation of demand via IoT (MadIoT) attack which may then cause local power outages and even large-scale blackouts.

The researchers, fortunately, did not try to make this happen on the real electrical grid. They used a "state of the art" simulator which is based on the power grid model of the Western Electricity Coordinating Council. WECC concerns itself with the western parts of the US and Canada.

Using this simulator, the researchers found that a botnet made up of 90,000 air conditioners and 18,000 electric water heaters within a local area was enough to cause a major impact to a grid.

An attacker would first take control of a smart high-wattage device and then manipulate the aggregate power consumption by turning the devices off and on. The researchers found that if 30% of the high-wattage devices within a grid boundary exhibited such behavior then a generator's protective relays would trip.

This scenario could lead to loss of the power from the generator into the grid. If this kind of attack caused a full blackout, the grid would need to be restarted in a manner that assures the frequency of the electricity is maintained. But an attacker can use the botnet of devices to suddenly increase demand once power is restored in one area. This can shut down the grid yet again.

The MadIoT attacks' sources are hard to detect and disconnect by the grid operator due to their distributed nature. Additionally, these attacks can be easily repeated until effective, and are blackbox in nature, since the attacker does not need to know the operational details of the power grid.

Developing forms of mitigation will undoubtedly have to be a team effort between the IoT community and those responsible for grid health.